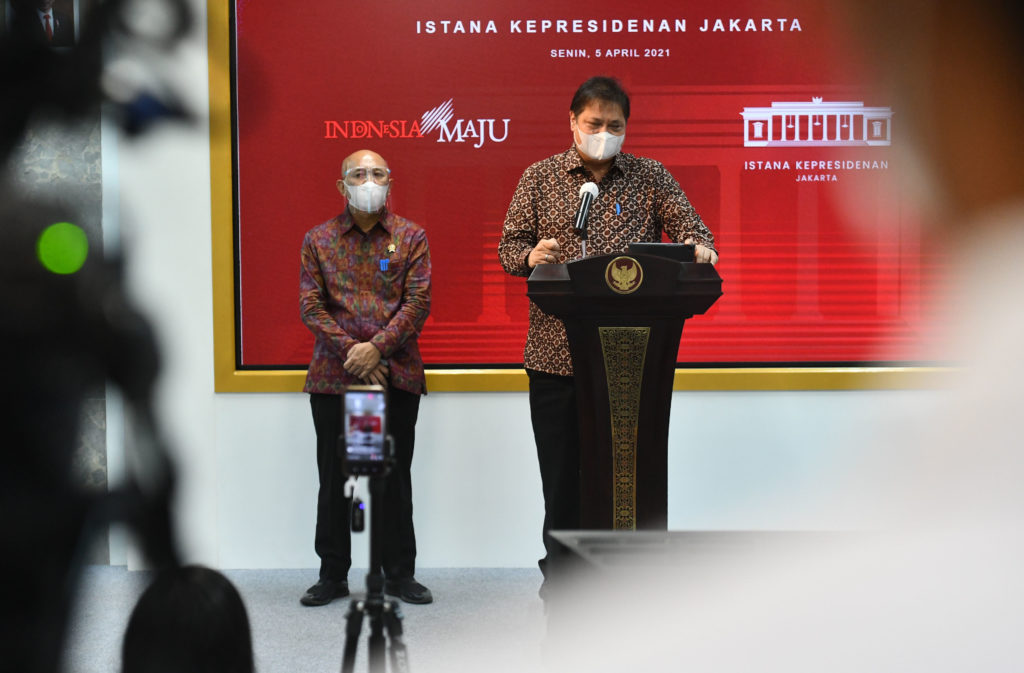 In a bid to boost national economic recovery, the Government has made several changes in the regulation on Smallholder Business Credit (KUR) that serves as the primary financial driving force for Micro, Small, and Medium Enterprises (MSMEs) amid the passivity of other credit distribution schemes.

“The Government has made several changes in KUR regulation, one of which is no-collateral KUR scheme. At first, the ceiling was Rp50 million, and now it is Rp100 million,” Coordinating Minister for Economic Affairs Airlangga Hartarto said after meeting with Financing Policy Committee for MSMEs on Monday (03/05).

The meeting was held following President Joko “Jokowi” Widodo’s directive during a limited meeting on an increase in financing credit portion for MSMEs on 5 April.

As of today, credit for MSMEs takes up only 18.8 percent of the total banking credit. The President ordered that the portion is raised gradually to over 30 percent in 2024.

Following the directive, Airlangga pointed out, Financing Policy Committee for MSMEs increased the subsidy for KUR interest rates and changed the regulation on KUR implementation.

Furthermore, Airlangga stated that several changes in KUR regulation that will be in force as of 1 July 2021 are as follows:

Airlangga added that the Government has also decided to rise the 2021 KUR ceiling from Rp253 trillion to Rp285 trillion.

“The rise of the ceiling is a response to MSME players’ high enthusiasm of KUR with low interest rate and hope for MSME recovery,” he said.

Citing the data from Credit Program Information System as of 29 April 2021, the realization of KUR policy in the COVID-19 pandemic is as follows:

The official website of Coordinating Ministry for Economic Affairs can be accessed through this link.