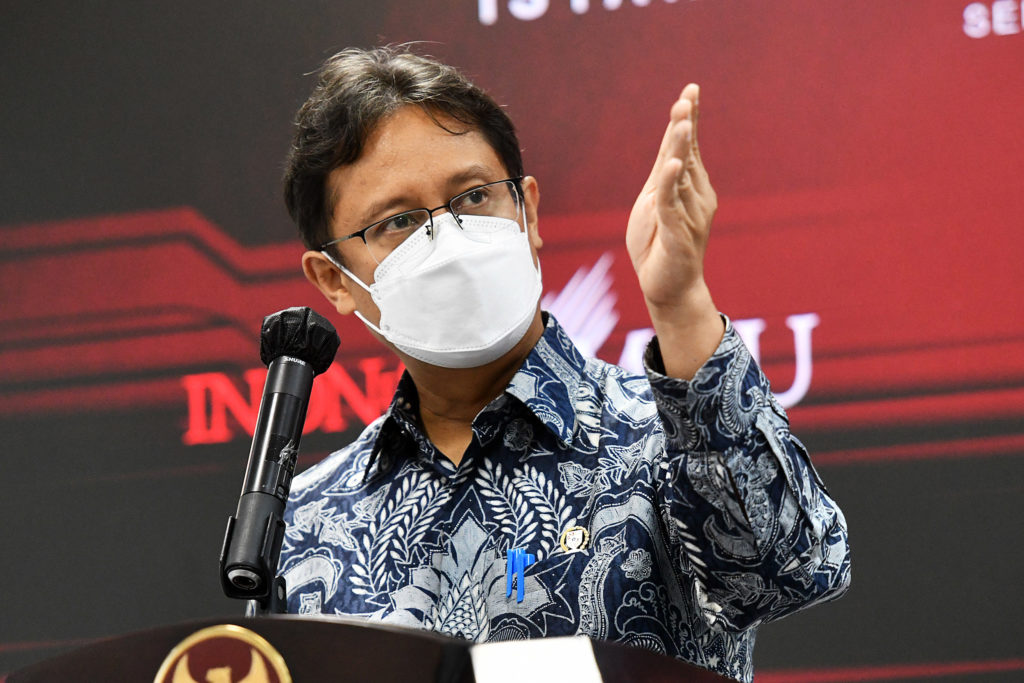 The Government has announced it will increase testing and tracing measures fourfold to detect new cases of COVID-19.

According to Minister of Health Budi Gunadi Sadikin, to achieve the target, each district / city must pursue the daily targets following guidelines from the WHO.

In addition, the Minister underscored that the priority of testing will also be improved, namely for epidemiological testing, not for screening or travel requirements.

“We are focusing the tracing for suspects and their close contacts, not for those who will travel. We specifically do it for epidemiological testing because this is what the state pays for,” he added.

For tracing, Budi continued, it will also be tightened and all close contacts of positive confirmed cases must be quarantined until the test results are out to prevent them become a source of virus transmission in the communities.

The Minister went on to say that for tracking purposes, regional governments may use PCR or RDT antigen swab tests.

RDT antigen is prioritized for areas with limited diagnostic tools so that results can be obtained more quickly and tests can be carried out on a massive scale to speed up tracing, he added.

In addition, the Government, he said, will also ensure that patients who are hospitalized are those with moderate to severe symptoms, while for asymptomatic patients are advised to do self-quarantine at home.

“For people who test positive for the virus, if there is no shortness of breath, the oxygen saturation is still above 95 percent, and no comorbidities, it is better for them to be treated at home or to have treatment at a centralized isolation like at the Wisma Atlet,” the Minister said.

Budi further said that the Government also continues to ensure the availability of oxygen supply in all hospitals in Java island and ensure that the management in each hospital runs well.

“Rest assured that we will manage the supply and demand for oxygen for all hospitals in Java. We will closely monitor this,” he said.

Moreover, the Government, he added, will also issue a regulation regarding telemedicine for areas with very high cases, such as capital Jakarta so that the health of patients who are being self-isolated can always be monitored by doctors.

For regions with high COVID-19 cases, he added, the Government has also provided centralized isolation places such as Wisma Nagrak, Pasar Rumput Apartment and Hajj Dormitory with the same capacity as Wisma Atlet.

“The Government has doubled the capacity of centralized isolation places that are now ready to use,” said Budi.

Regarding vaccination, Budi explained that the Government would accelerate vaccination, especially for red zone areas.

“We will accelerate vaccination. We hope that this month and next month, we can reach the target 70 percent of vaccinations in red zone areas,” he said. (FID/UN) (EST/EP)