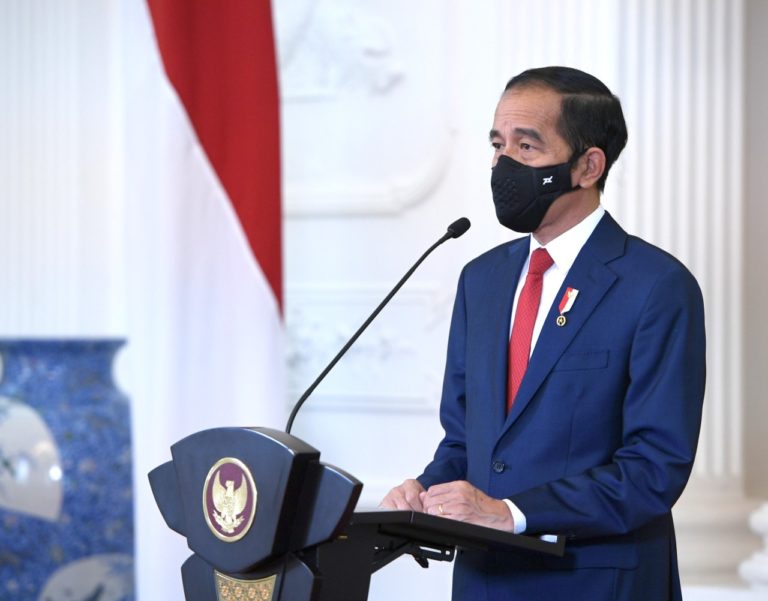 The Indonesian Government has renewed its commitment to provide livable houses for the people through that One Million House program that has been implemented since 2015.

The program is focused on low-income people.

For the record, by 2030 Indonesia’s population is predicted to reach nearly 300 million, 63.4 percent of whom will live in urban areas.

For this reason, President Joko “Jokowi” Widodo said the issue of urban arrangement and a new urban agenda is a crucial issue.

“The Indonesian people is honored that the city of Surabaya is trusted to host the Global Observance of 2020 World Habitat Day,” the President said in his virtual remarks at the opening of the event on Monday (5/10).

The event itself as convened with strict health protocols amid the COVID-19 pandemic.

The East Java provincial capital was selected among a number of nominations to host the event as a form of recognition for the city’s achievements in urbanization and human settlement issues.

The event aims to raise international awareness of urbanization trends, challenges and visions for sustainable urban development, to promote international cooperation, to contribute to global efforts in building fair, prosperous and sustainable cities, as well as to improve the environment and the people’s quality of life.

“We gather in the city of Surabaya to convince the world that the New Urban Agenda in 2036 cannot be delayed any longer. Fifty five percent of the world’s population currently lives in cities. By 2050, the number is expected to rise to 68 percent. Asia and Africa are expected to see the highest rate” the President said.

The Head of State also pointed out that if this issue fails to be handled seriously, the rapid growth of the population could give rise to a number of issues, starting from density and poverty, the environmental issues and the availability of public space, basic infrastructure, clean water, sanitation, housing and various other urban issues.

“Conversely, if we properly handle the issue, I believe urbanization can serve as a tremendous opportunity for the progress of the nation. It can become a center for creativity and innovation, boost economic growth and improve the quality of life and welfare of its citizens,” he said.

The President also surmised that this year’s theme “Housing for All: A Better Urban Future” is relevant to the current global situation.

A decent home, he added, is a basic need of all people around the world that will strengthen family as the main pillar of the nation’s strength, as well as the first bulwark against various health risks including the COVID-19 pandemic.

The Government also continued to implement the Public Housing Savings Law (Tapera) which guarantees availability of long-term and sustainable sources of funds, he added.

President Jokowi further said the Government has also renewed commitment to improve the quality of slum villages in a number of regions nationwide through the Village Improvement program and the KOTAKU (Cities Without Slum) program with an emphasis on collaboration between the Central Government, local governments, the private sector, and the communities in providing basic services such as clean water and proper sanitation.

Indonesia, like other countries in the world that are currently grappling with the COVID-19 pandemic, has made this pandemic a lesson to build tough and healthy cities in the future, he added.

“The COVID-19 pandemic has also become a momentum for learning and reflection to establish policies for planning and urban management that are inclusive and equitable and for strengthening resilience in dealing with natural and non-natural disasters, including resilience against outbreaks,” he said.

The President also expressed hope that the delegates can share ideas, exchange knowledge, expertise and experiences, as well as establish cooperation and strengthen collaboration to improve the resilience of cities to face pandemics and other disasters. (TGH/BPMI/UN)