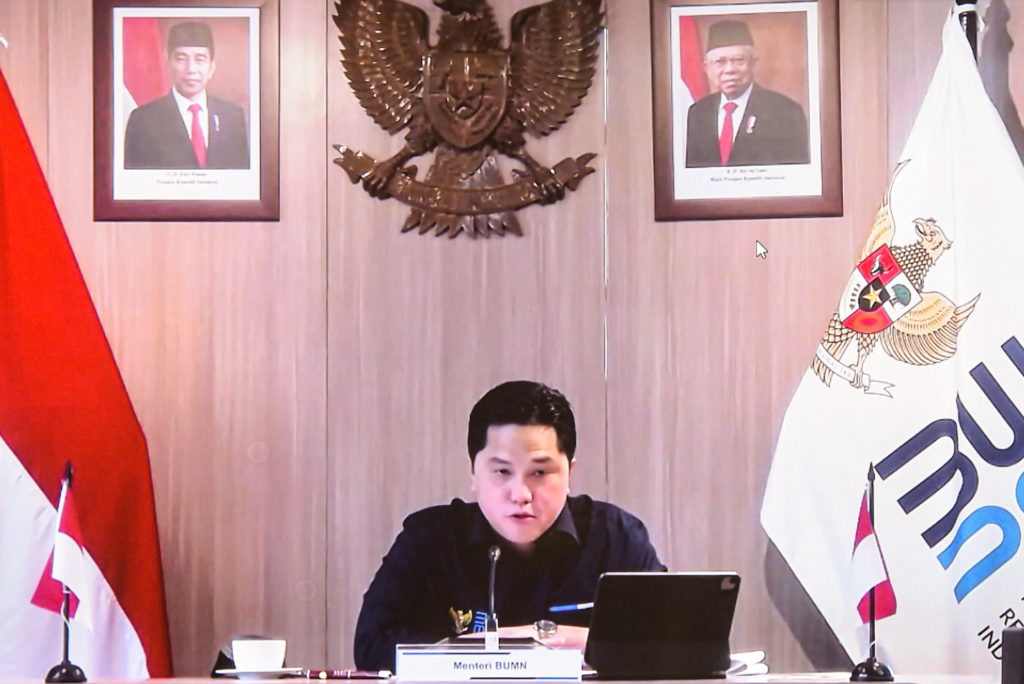 The Association of State-Owned Banks (Himbara) has announced it is ready to support the distribution of People’s Business Credit (KUR) in the agricultural sector, according to Minister of State-Owned Enterprises Erick Thohir.

According to Erick, SOEs Ministry also supports the development of the agricultural sector starting from upstream sector to downstream sector, one of which through the provision of 6,190 rice milling units (RMU) loans worth Rp2.7 trillion, which is collaboration between farmers’ group associations (gapoktan) and the Ministry.

“According to the direction from the President (Joko Widodo) and Coordinating Minister (for Economic Affairs), Ministry of SOEs is ready to develop and assist (the agricultural sector) as we have done in the rice mill units program in Ciamis and Kebumen,” Erick said, adding that the measures are expected to strengthen national food security.

Erick also unveiled that the realization of KUR distribution this year as of Sunday (25/7) has increased to Rp143.14 trillion or 56.58 percent of the target of Rp253 trillion with most of the distribution carried out by Himbara Bank with more than 92 percent.

“Since this is our main task, we are indeed the largest contributor,” he said. (DND/UN) (GWH/EP)