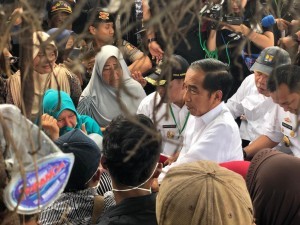 President Joko Jokowi Widodo has instructed his Government to do their best in carrying out post-disaster relief following the Sunda Strait tsunami.

Regarding request from residents affected by Sunda Strait tsunami to the Government to rebuild their houses as soon as possible, the President said that it would be constructed immediately.

We will do that as we enter the reconstruction and rebuilding phase. There will be no temporary shelters but permanent housing instead. Their settlements will be relocated since the areas are prone to tsunami, President Jokowi said.

President Jokowi further said that the new settlements would be located 400 meters from the current houses on a 2-hectare of land.