Gov’t to Reformulate Standards in Primary and Secondary Education 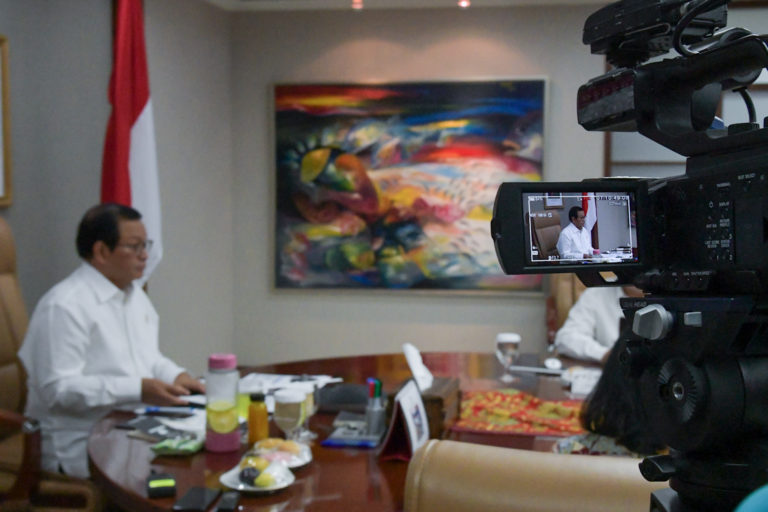 Cabinet Secretary listens to the President’s remarks during an online Limited Cabinet Meeting in Jakarta, Friday (3/4). Photo by: PR/Ibrahim.

President Joko “Jokowi” Widodo has said that the cancellation of the 2020 National Exams and Indonesia’s ranking in the Program for International Student Assessment (PISA) could be a momentum to reformulate the national educational evaluation system as well as standard for primary and secondary education.

“(We are considering several options) whether in controlling the quality of national education we use only the National Exams or we also use standards that are applied internationally such as PISA,” the President said in his remarks at an online Limited Cabinet Meeting from the Merdeka Palace, Jakarta, Friday (3/4 ).

Indonesia, according to the President, has participated in seven PISA surveys from 2000 to 2018 and the PISA survey shows that Indonesia’s education system has become more inclusive and open in the last 18 years.

Based on the findings of the PISA survey, the President conveyed that there are three main problems:

Second, the high percentage (16%) of students who failed to get promoted to the next grade.

“This figure is 5% higher than the average in OECD (Organisation for Economic Cooperation and Development) countries,” the President added.

“I have highlighted this problem before. The administrative burden on teachers will discourage them from focusing on teaching and learning activities,” the President said.

“The results of the PISA survey and the National Exams show the strong relationship between students’ socioeconomic conditions and their National Exams or PISA scores,” the President concluded. (FID/EN)