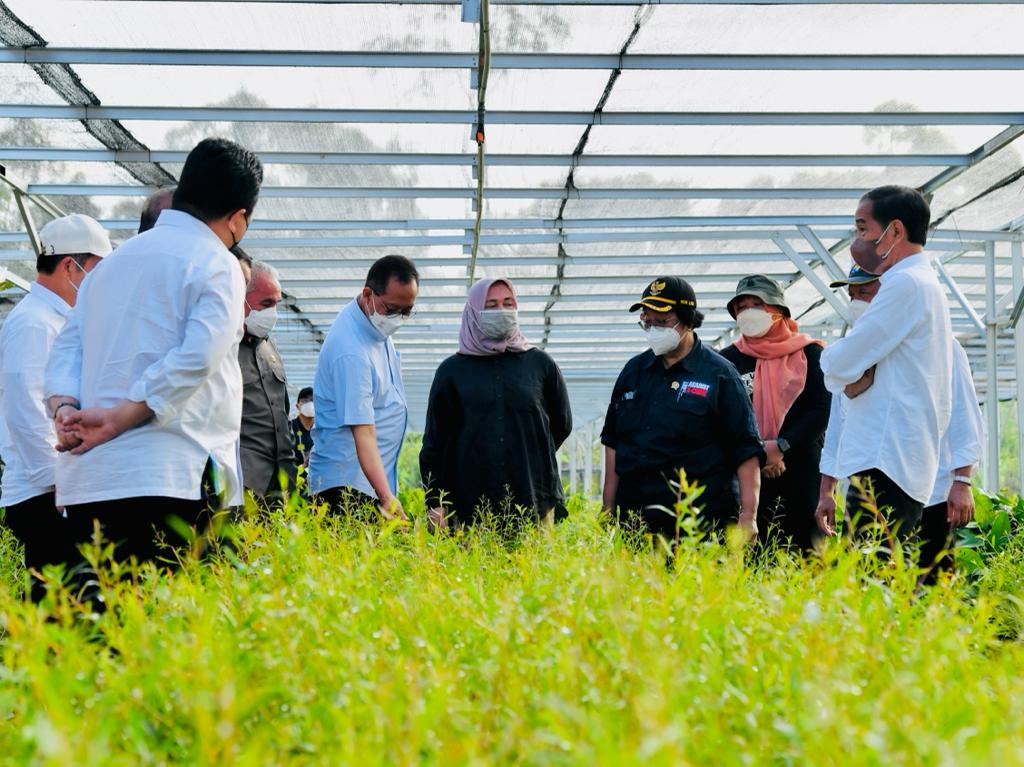 The President inspected around to observe a number of facilities and tree seedlings at the nursery.

In his press statement after the inspection, he said that the Government is committed to initiating the construction of the Nusantara Capital by rehabilitating existing forests.

“I have often said that we will start the development of the capital city by rehabilitating existing forests, so that the areas in the capital and its surroundings return to their original functions, namely as tropical forests and not monoculture forests which are homogeneous,” said the President.

Mentawir Nursery in the next 6-7 months is expected to be able to produce 15-20 million tree seedlings consisting of nyatoh wood, meranti, lime, agarwood, to guavas. By planting these trees, it is hoped that it will attract animals and birds to build their habitat in the capital.

“I think it is in accordance with our initial spirit and we hope that with replanting measures, the habitat will return to its original state and the atmosphere at Nusantara capital will match the concept we have planned, namely a forest city,” he explained.

President Jokowi added that later millions of seeds produced from the Mentawir Nursery will be brought to the capital to be planted in critical lands.

“They are to be planted between the eucalyptus plants so that when the eucalyptus is cut down, these plants such as meranti, lime, nyatoh, gaharu, bangkirai, guava will be already big enough,” he said. (BPMI/AIT) (EST/HD/LW)