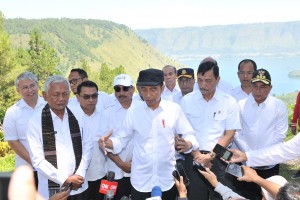 The new capital relocation to the island of Kalimantan will be officially announced in August this year, President Joko “Jokowi” Widodo has said.

According to President Jokowi, the study regarding the plan to relocate the country’s capital has not completed yet.

“The details including studies on disaster threats, water resources, demographics, socio-political issues, as well as national security perimeter must be completed,” President Jokowi said, adding that the Government is in no rush concerning the country’s capital relocation.

According to Bambang, the new location of the country’s capital is in Kalimantan Island but he declined to name the exact location. “The new capital will be in Kalimantan but the province (that will host the new capital) will be announced soon,” he  said.

President Jokowi announced in May that the Government would push ahead with the plan to relocate the capital city outside Java, citing the need to address overpopulation on the country’s most populous island and to ensure more equitable development. (DNA / JAY / ES)