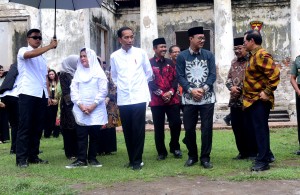 The fort – measuring 165 meters x 80 meters with an area of ??15 hectares – is located in Pendem Village, Ngawi Regency, East Java.

The revamp will be carried out by Ministry of Public Works and Public housing. I have contacted the Ministry and they are ready. Half of the revamp process will hopefully be completed this year, and the rest next year. There is a rule of archeology that must be followed. No need to hurry, the President said during the visit to the fort on Friday (1/2).

The President reiterated that heritage tourism is very important; therefore, it needs to be preserved. For this reason, archaeologists who already have expertise in revitalizing historical places will join hands in the revamp process, he added. 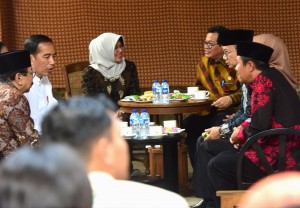 On that occasion, President Jokowi and his entourage also had the opportunity to enjoy coffee available in the Fort Van den Bosch area.

Fort Van den Bosch was founded by Dutch colonizers in the face of resistance from the Ngawi community led by Adipati Judodiningrat and Raden Tumenggung Surodirjo in 1845. The fort then served as internment camp for men and boys (including prisoners of war) during the Japanese occupation period. (EN/RAH/ES)