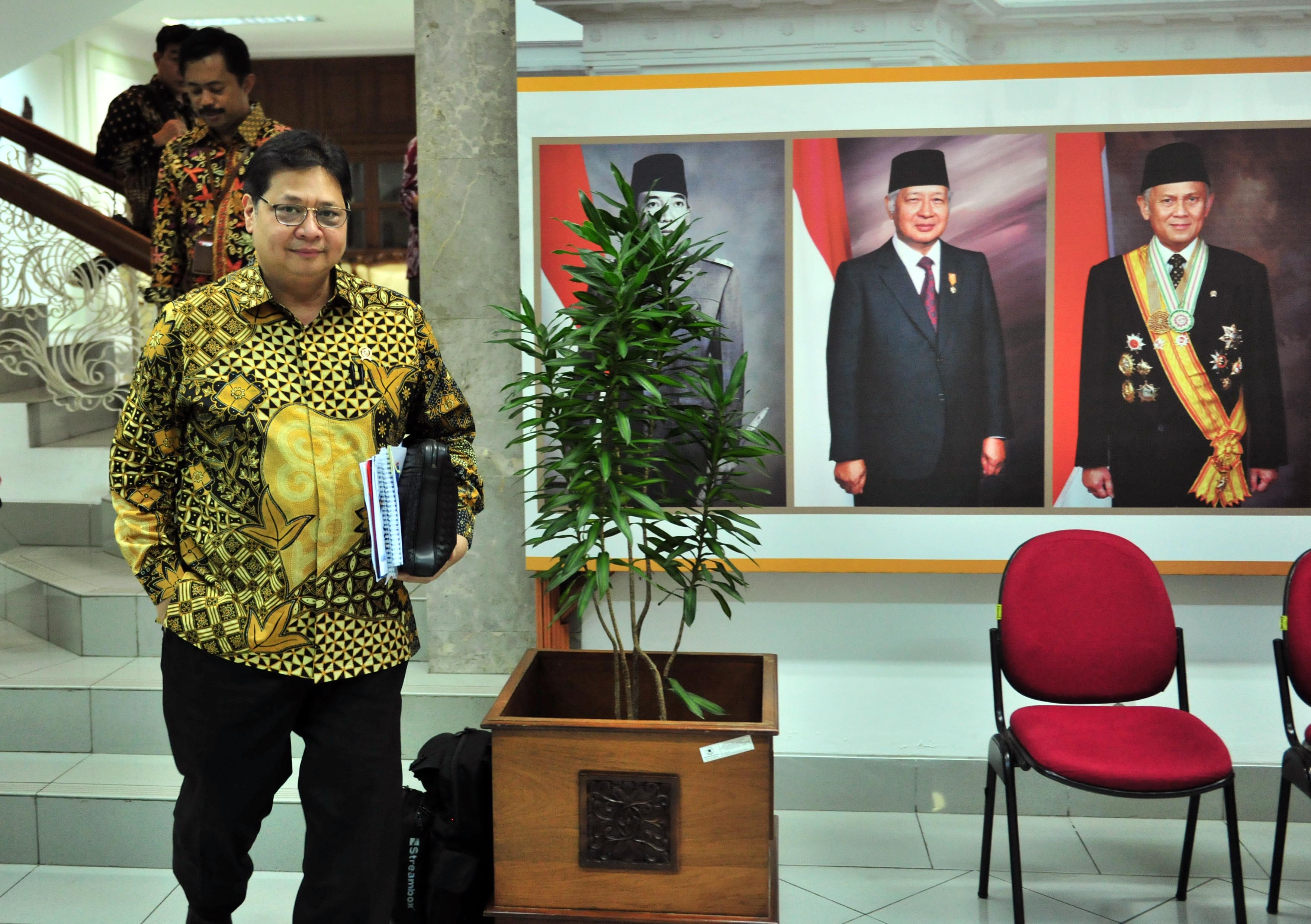 Coordinating Minister for Economic Affairs Airlangga Hartarto in his preparation to deliver a press statement after attending a Limited Cabinet Meeting, at the Presidential Office, Jakarta, Tuesday (10/12). (Photo by: JAY / PR)

In a bid to improve the quality of Indonesia’s human capital, the Government has announced plans to roll out Pre-Employment Cards for job seekers, workers who are laid off, as well as workers who are in search of a new job.

The cards will be provided for Indonesian citizens aged 18 years and above, those who do not attend formal education, as well as migrant workers.

“The Government will focus on preparing funds for skills training,” Coordinating Minister for Economic Affairs Airlangga Hartarto said in a press statement after attending a Limited Cabinet Meeting at Presidential Office, Jakarta, Tuesday (10/12).

The Government, Airlangga continued, has also prepared a host of skill trainings including industrial engineering, digital industries, lifestyle-related trainings such as photography and care, as well as skills training in terms of property, sales, banking, creative industry, and agricultural industry.

In addition, the Government will also provide demand-side employment to meet business needs of workers, both in national strategic projects and investors who are doing business through the Investment Coordinating Board (BKPM), ministries, or private projects.

Airlangga further said that the Government will finalize a Presidential Regulation on Pre-Employment Cards program by December this year and prepare its Project Management Office in January.

A public announcement is expected by February next year, he added.

“The cards will be rolled out to two cities, such as Jakarta and Bandung between March and April. The program will then be implemented in various cities from April to August,” he said.

The Government as the provider, he continued, will also establish a learning ecosystem, training institutes, and banking for the program, adding that the Indonesian Chamber of Commerce and Industry (Kadin), the Indonesian Employers Association (Apindo), as well as Indonesia’s entrepreneurs will serve as employers.

“The Government is preparing digital platforms, financial technology, and job portals,” he added.

On that occasion, Airlangga said that the cards will be distributed to 3 to 7 million participants with a total budget of Rp10 trillion being allocated for workforce trainings.

“The Government will provide working-capital programs in the future, including People’s Business Credit channeling and others. So, we do not combine any training with other programs. This is only for skills training,” Airlangga said. (FID / JAY / ES)