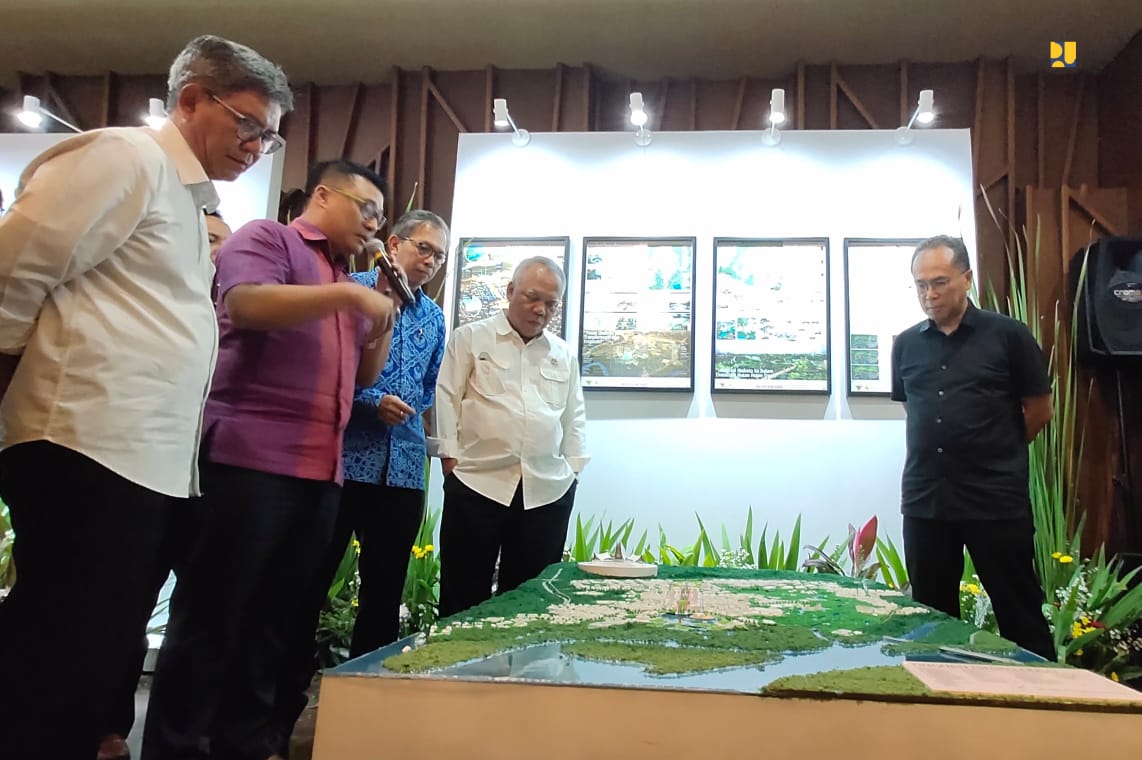 “We hope that by surveying the location, (the winners) can obtain the best experience and sense as a basis to prepare details of the design which will begin in 2020,” Minister of Public Works and Public Housing Basuki Hadimuljono stated after the announcement of New Capital Design Competition winners, at the Ministry of Public Works and Public Housing, Jakarta, Monday (23/12).

The field survey will be conducted in January for 2-3 days, the Minister expressed hope that the winners will get a direct picture to be able to compile a more detailed design that adopts the natural and cultural conditions of Kalimantan and reflects the vision of Indonesia in the future.

Basuki said that the field survey is also needed to ensure that the design is in accordance with the location plan for the construction of basic infrastructure such as the Sepaku Semoi Dam to be built in 2020.

The design details will be started from the center of the central government area with the planned construction of basic infrastructures, such as roads, dams, and drainages with an area of 4,000 – 6,000 ha.

“On the road construction to the new capital, it must be handled carefully, because in its upstream location, precisely in Balikpapan Bay, is a habitat for the protected proboscis monkeys. These monkeys only exist in Kalimantan and mostly located in Balikpapan Bay, therefore the location will be protected by fences so that they will not be affected,” Basuki stated.

The design details, the Minister added, will be the first stage of the development after the establishment of law on capital city relocation. He expected that by the fourth quarter of 2020 the groundbreaking of the physical construction can be carried out.

The Minister expressed hope that the winners can be open and collaborative on their work to get the best results for the design details.  In accordance with President Joko “Jokowi” Widodo’s instruction, the Minister also said that the design details must not only be great but also have distinguishing values to differentiate the new capital from other capital cities.

“For example, if we hear the word White House, it is synonymous with Washington DC in the United States. For this reason, the buildings to be built in the new capital must also be unique. Their external designs may take on traditional themes, but the inside must be modern and show that they are smart buildings. It is planned that there will be a separate competition for the design of government buildings,” Basuki said.

To accomplish all of that, Basuki stated, a pivotal role from the Indonesian Institute of Architects (IAI) is needed. “For this reason, IAI of East Kalimantan must be strengthened, if needed, the IAI headquarters will be moved to East Kalimantan. This is big work for architects, urban designers, and city planners,” he said.

Basuki also went on to say that he would also immediately invite other relevant experts at the national or even international level to review the winning designs in order to perfect its quality.

Previously, the jury of the New Capital Design Competition has decided that a design called “Nagara Rimba Nusantara” won the contest (1st prize). The design was created by  Urban+, a company founded by Sofian Sibarani. The company is entitled to receive a certificate and a cash prize of Rp2 billion.

The fourth and fifth winning designs are called “Zamrud Khatulistiwa” and “Benua Rakyat Nusantara”. Their creators are entitled to receive a certificate and a cash prize of Rp500 million and Rp250 million, respectively.

Chief of the New Capital Design Competition Organizing Committee, who also serves as Ministry of Public Works and Public Housing’s Director General of Cipta Karya Danis H. Sumadilaga stated that 755 participants from all around Indonesia and abroad took part in the competition with 292 proposed designs of smart, green, beautiful, modern, and sustainable national capital.

“A total of 257 designs out of 292 have passed the administrative evaluation. Furthermore, in the assessment stage of 9 to 13 December, 30 designs were selected through a voting mechanism. On the final stage, five best designs will be selected through a scoring system based on established assessment criteria,” Danis said. (BKP Kementerian PUPR/ES)