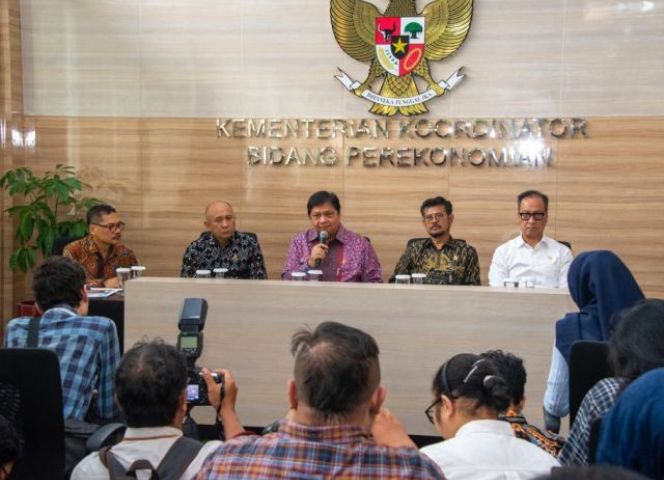 The Government has decided to cut annual interest rate for Smallholder Business Credit (KUR) from 7% to 6% per year and increase the ceiling for KUR from Rp140 trillion to Rp190 trillion.

“The maximum credit ceiling for Micro KUR has also increased from initially Rp25 million to Rp50 million per debtor. The policy will be implemented in early 2020,” Coordinating Minister for Economic Affairs Airlangga Hartarto said after Coordination Meeting on Financing Policy for MSMEs, Jakarta, Tuesday (12/11).

According to Airlangga, the Government’s policy to cut KUR interest rate to 6% aims to develop Micro, Small and Medium Enterprises (MSMEs) in the country.

“The total accumulative ceiling for KUR in the trade sector has also increased from Rp100 million to Rp200 million, while the ceiling for the production sector is unlimited,” Airlangga said.

The KUR policy, Airlangga added, is expected to stimulate the development of MSMEs in Indonesia, considering that they play crucial and strategic roles for national economic growth.

For the record, data from Statistics Indonesia (BPS) in 2017 showed that MSMEs contributed up to 60.34% for economic growth.

“The Government will focus on developing group-based KUR or cluster-based KUR since it is more efficient for the economy,” he said.

The Government has made significant several KUR policy changes since 2015. The development of the total realization of KUR distribution from August 2015 until 30 September 2019 reached Rp449.6 trillion with an outstanding amount of Rp158.1 trillion. KUR distribution is estimated to reach Rp325 trillion by 2024.

The non-performing loan (NPL) ratio calculation is maintained at around 1.23%. The total number of KUR recipients from August 2015 to 30 September 2019 reached 18 million debtors with 12 million non-repetitive Single Identity Number (NIK).

As of September 30, KUR distribution reached Rp115.9 trillion or 82.79% of the target of Rp140 trillion, with a total of 4.1 million debtors. The KUR distribution for production sector also reached 50.4% of the minimum target of 60%.