Gov’t to Speed Up COVID-19 Vaccination in Regions 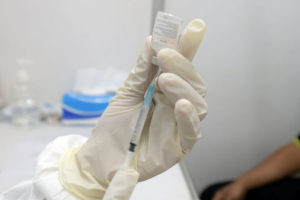 The Minister said that the vaccine stocks must be immediately used, in line with the President’s directives.

Budi went on to say that the Government has administered vaccines with the total 73 million first doses and 43 million second doses. Indonesia is currently in the sixth rank globally in terms of the number of people who have been fully and partially vaccinated, after China, India, America, Brazil, and Japan. (TGH/UN) (RI/MMB)