Gov’t to Speed Up Halal Certification for MSMEs 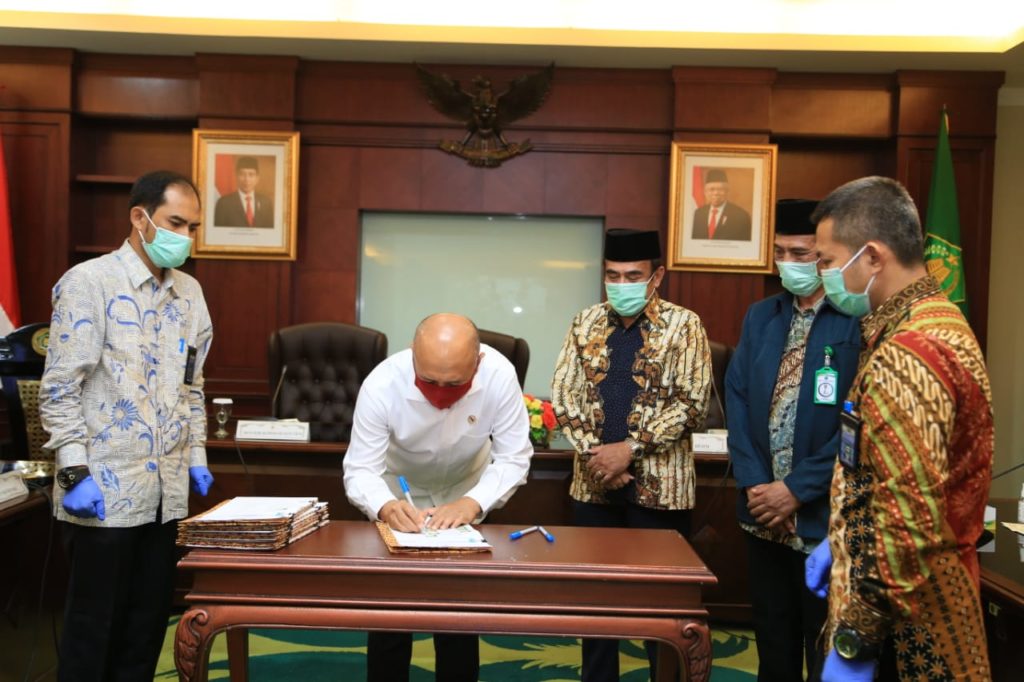 The Government has announced it is accelerating the facilitation of halal certification issuance for micro, small and medium enterprises (MSME).

The commitment was marked by the signing of a Memorandum of Understanding between ten ministries and institutions at the Office of Ministry of Religious Affairs, Jakarta, Thursday (13/8).

Minister of Religious Affairs Fachrul Razi said the Government is committed to accelerating halal certification for MSE products. According to him, President Joko “Jokowi” Widodo has also ordered for free the certification fee.

“For MSEs, the Government agreed that processing a halal certificate should be free of charge with criteria for businesses with a turnover below Rp1B,” Fachrul said.

“The MoU signing is a proof that we have the same interests, in which to build a good future and provide convenience to MSEs,” he continued.

Under the law, apart from the MUI, halal inspection may also be carried out by institutions, universities, or general public that meet the requirements.  Halal fatwas can also be issued not only by the MUI, but also by legal Islamic organizations.

Fachrul expressed hope that the new process will have an impact on the acceleration of halal certification.

“Initially the halal certification process took 93 days. This is too long so that it is accelerated to 21 days—while Singapore is only 15 days. Hopefully in the future the process will be faster,” Fachrul said. (Ministry of Religious Affairs/EN)