Gov’t to Submit Omnibus Bills on Taxation, Job Creation to the House 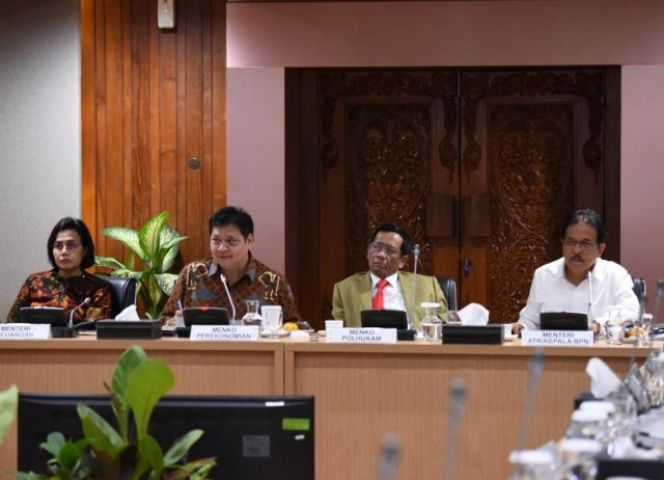 In a bid to strengthen national economy through an improved investment ecosystem and competitiveness, particularly in the face of uncertainty and global economic slowdown, the Government has announced it will submit two Omnibus bills to the House of Representatives (DPR).

The two Omnibus in question are Omnibus Bills on Job Creation and Taxation respectively.

“These are the results of evaluations to improve our investment climate and competitiveness, according to President Joko “Jokowi” Widodo’s direction on various occasions,” said Coordinating Minister for Economic Affairs Airlangga Hartarto after chairing a coordination meeting on Omnibus Law at the Coordinating Ministry for Economic Affairs’ Office, Jakarta, Thursday (12/12).

As for the planned omnibus law on job creation, according to Airlangga, it will touch on 11 clusters of issues, namely licensing, investment requirements, employment, ease (in obtaining permits), empowerment and protection of MSMEs, ease of doing business, research support and innovation, government administration, imposition of sanctions, land procurement, government investments and projects, and economic zones.

“We have intensively discussed these 11 clusters of issues with 31 related ministries/institutions,” Airlangga said.

Based on the discussion, Airlangga continued, the Government has identified 1,194 articles in 82 Laws that will be amended through omnibus law on job creation, adding that one law can be included in several clusters so the number of laws is not the total sum of all clusters.

If one law is related to three clusters, then it is counted as one law, he added.

As for the planned omnibus law on taxation drafted by Ministry of Finance, according to Airlangga, it will touch on six clusters of issues, namely investment funding, territorial systems, individual tax subjects, taxpayer compliance, business climate justice, and facilities.

“Then in parallel with discussions with the House, we will also begin to draft its derivative regulations,” said Airlangga.

Previously, Minister of Law and Human Rights and the House’s Legislative Body on 5 December this year agreed to include the two omnibus bills in the 2020 National Legislation Program (Prolegnas).

On that occasion, Airlangga also delivered the Government’s appreciation for the involvement of the Indonesian Chamber of Commerce and Industry (Kadin) in the process of preparation and public consultation of the Omnibus laws, adding that a joint task force has been formed and chaired by General Chairman of the Kadin with members coming from elements of the ministries/institutions, regional governments, academics, as well as from the Kadin.

“The Government involves Kadin in the discussion of omnibus law to get inputs and proposals so the content of omnibus law meets the needs of business players,” Airlangga said. (Coordinating Ministry for Economic Affairs PR/ES)