Gov’t to Submit Omnibus Bills to the House 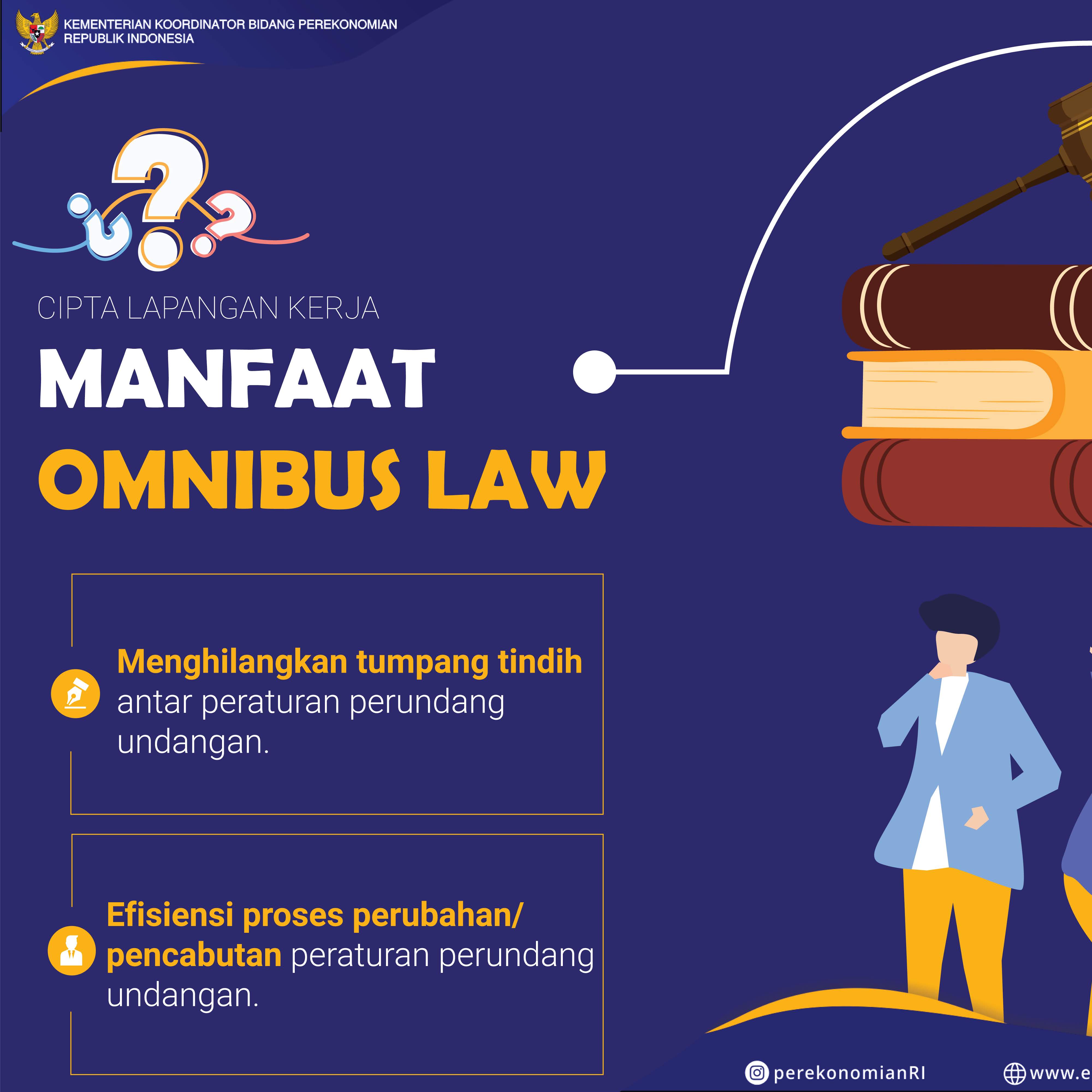 The Government has announced a plan to submit Omnibus Bills on Job Creation and Taxation to the House of Representatives (DPR).

The Omnibus Law is designed to strengthen the national economy through the improvement of investment ecosystem and competitiveness, particularly in the midst of global uncertainty and economic slowdown.

The substance of the Omnibus Law on Job Creation which covers 11 clusters has been intensively discussed with 31 related ministries/institutions, namely 1) simplification of licensing procedures; 2) investment requirements; 3) manpower; 4) ease (in obtaining permits) for empowerment and protection of MSMEs; 5) ease of doing business; 6) research support and innovation; 7) government administration; 8) imposition of sanctions; 9) land procurement; 10) investment and government projects; and 11) economic zones.

Based on the discussion, the Government has temporarily identified 1,229 articles in 79 laws affected by Omnibus Law on Job Creation that considered to be amended through further discussion with relevant ministries/institutions.

The substance of the two Omnibus Laws has been streamlined at the Coordinating Ministry for the Economy. The content of the laws related to taxation and fiscal policy, which stated under the Omnibus Law on Job Creation, will be included under Omnibus Law on Taxation.

Previously, Omnibus Draft Bills were officially included in the 2020 National Legislation Program (Prolegnas) by the Government and the House on 5 December this year.

Coordinating Ministry for the Economy is ready to report the results of Omnibus Law discussion to the President, including the completion of academic manuscripts and omnibus draft bills. Afterwards, in parallel with discussions with the House, the Government will also begin to draft its derivative regulations.

In addition, the Government also involved the Indonesian Chamber of Commerce and Industry (Kadin) in the process of preparation and public consultation of the Omnibus Laws, through a joint task force that has been formed and chaired by General Chairman of the Kadin with members coming from elements of the ministries/institutions, regional governments, as well as academics. (Coordinating Ministry for Economic Affairs’ Single Narrative)