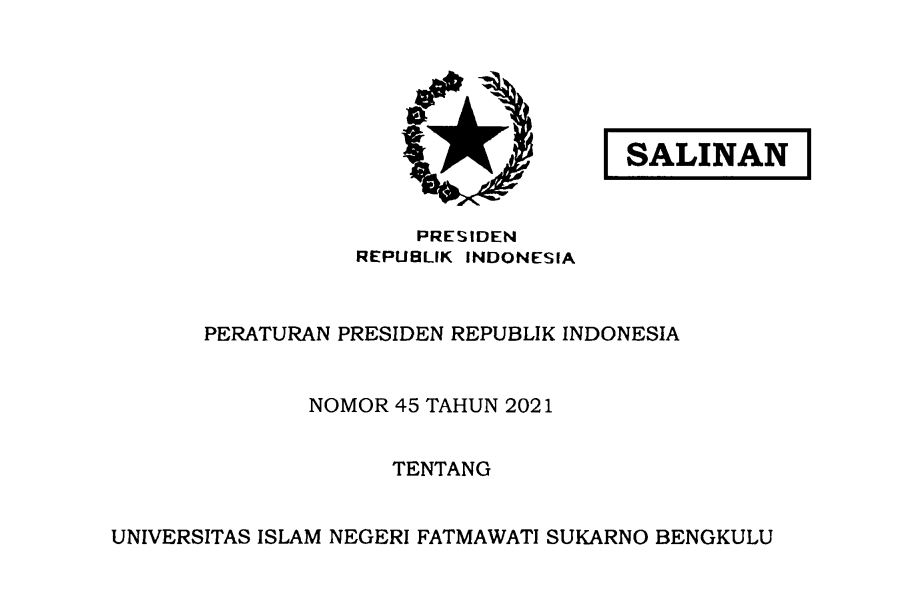 It is stated in the Presidential Regulations that the transformation was carried out to fulfill the demands of scientific and technological development, as well as integration of Islamic sciences and other sciences, and to create high-quality human resources.

The six Presidential Regulations have come into force since the date of its promulgation 11 May 2021 and can be accessed on Documentation and Legal Information Network webpage of Cabinet Secretariat. (PR of Ministry of Religious Affairs/UN) (DH/EP)

The official website of Ministry of Religious Affairs can be accessed through this link.