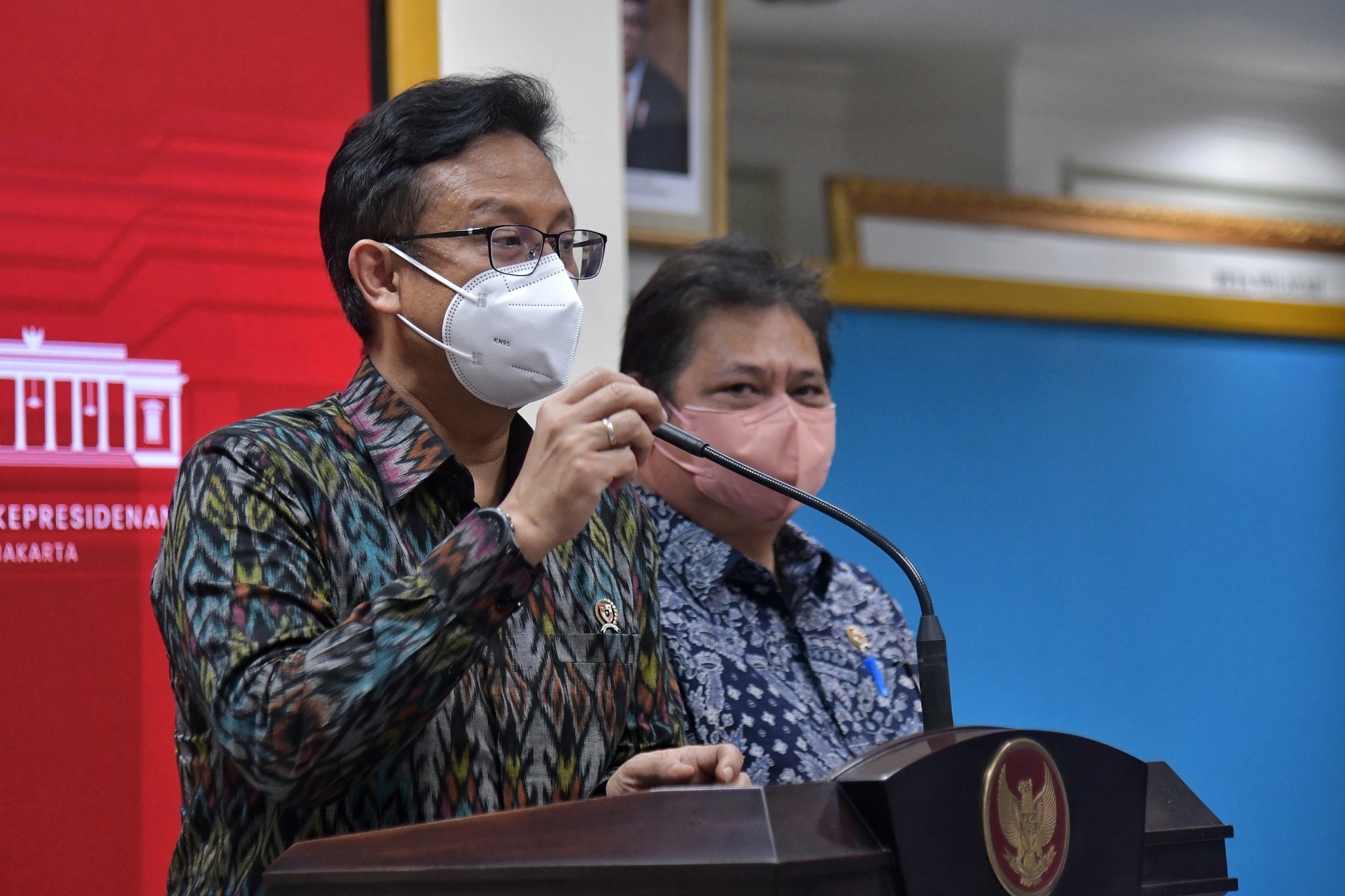 As new Omicron subvariants BA.4 and BA.5 were detected in Indonesia, the Government continue to monitor COVID-19 case development and urged the people to remain vigilant and careful of the subvariants.

“The President has given us directions that we would better be vigilant, be careful since our vigilance, conservativeness, our carefulness have resulted in Indonesia’s pandemic management condition that is relatively better than that of other countries in the world,” Minister of Health Budi Gunadi Sadikin said after attending a limited meeting on public activity restriction (PPKM) evaluation chaired by President Joko “Jokowi” Widodo, Monday (03/13).

According to Budi, Omicron subvariants BA.4 and BA.5 had triggered the spike cases in several countries, but the subvariants cause a much lower rate of case increase, hospitalization, and mortality than the Omicron variant that appeared previously.

Budi also confirmed that there were eight cases of the new Omicron subvariants in the country, consisting of one moderate case of a patient who has not been boosted and seven cases with mild to no symptoms.

“The WHO’s positivity rate standard is still 5 percent, while we are at 1.36 percent. The standard of reproduction rate or effective reproduction that relatively needs to be monitored is above 1, while we are still at 1. Therefore, out of three transmission indicators, Indonesia’s condition is good,” he said.

Although the pandemic situation is under control, the Government continues to anticipate a spike in cases by taking measures including accelerating booster vaccination and urging the people to remain disciplined in conducting health protocols.

“The President also gave directions to administer booster more easily, to require booster vaccination for every big event if possible. Thus, we can ensure that those who attend events with big crowds are relatively safe,” Budi said, adding that Ministry of Health will carry out sero survey as one of the bases of policy making in tackling the pandemic.

“We expect to obtain the results in the third week of July or the fourth week of July, so before August 17, the Independence Day, we can make a more accurate data-based policy on pandemic management,” he remarked. (TGH/UN) (DH/HD)