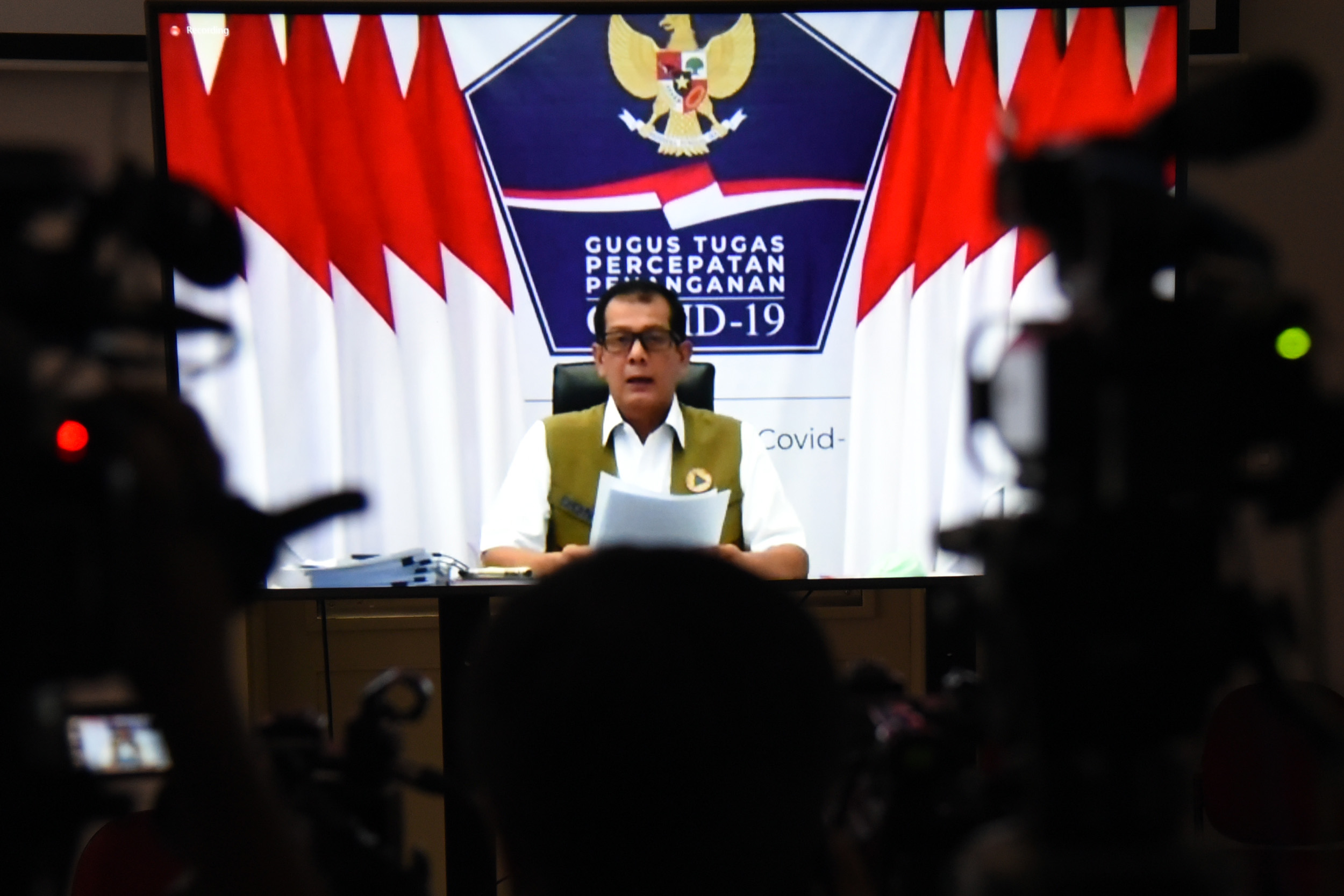 The Government has urged the public to constantly comply with health protocols despite the slowdown in COVID-19 cases in several provinces that impose Large-Scale Social Restrictions (PSBB).

“Be it social distancing, physical distancing, washing hands, wearing a face mask, keeping a distance, and all matters related to prevention efforts from being exposed to COVID-19. (Refraining from) the habit of touching eyes, nose, mouth, people must be reminded at all times, continuously,” Head of the National Disaster Management Agency—who is also Head of the Acceleration of  COVID-19 Mitigation Task Force— Doni Monardo stated after a limited meeting, Monday (4/5).

According to Doni, the public needs to understand why they have to wash their hands and refrain from touching their faces.

“The same case applies in wearing a face mask, both in public places or home with their families. Some family members might have a high mobility, causing uncertainty whether particular members went home in sterile condition or not,” he said.

Therefore, to ensure successful implementation of the PSBB, the Jakarta administration, Doni said, has given warnings to and reprimands to 2,673 factories and industries,  including offices and have temporarily closed down 168 factories.

Meanwhile, Riau provincial government has also started to take legal measures against those who violate health quarantine, he said.

“Thus, the President’s directive to conduct massive testing in 59 labs can be carried out more optimally,” he added.

The Government, he added, is facing a challenge in the forms of a shortage of medical personnel in laboratories, adding that he has requested for assistance from the Indonesian Medical Association (IDI) to send in more personnel.

In the meantime, according to the President’s directive, the Task Force needs to carry out aggressive tracing, especially to groups of persons in monitoring (ODPs) and patients under supervision (PDPs), Doni added.

“Some of them were allegedly conducting indiscipline behaviors, such as stepping outside of isolation. Those people can endanger the safety of the people,” Doni explained.

For this reason, Doni urged stakeholders in the regions to monitor ODPs and PDPs so that they comply with the provisions for self-isolation or isolation in places regulated by local governments.

“Also, independent isolation places provided in a number of regions up to the village level should really be utilized, especially to those who have just arrived a certain area,” he said.

On the protection for vulnerable groups such as the elderly and people with underlying medical conditions; such as hypertension, heart disease, diabetes, asthma, and others, Doni stressed the importance of disseminating information to the vulnerable group and their families.

“The vulnerable group should not be in close proximity with family members who are relatively healthy, young, and have a high mobility. Some of them might be people without symptoms (OTG),” Doni stated. (TGH/EN)