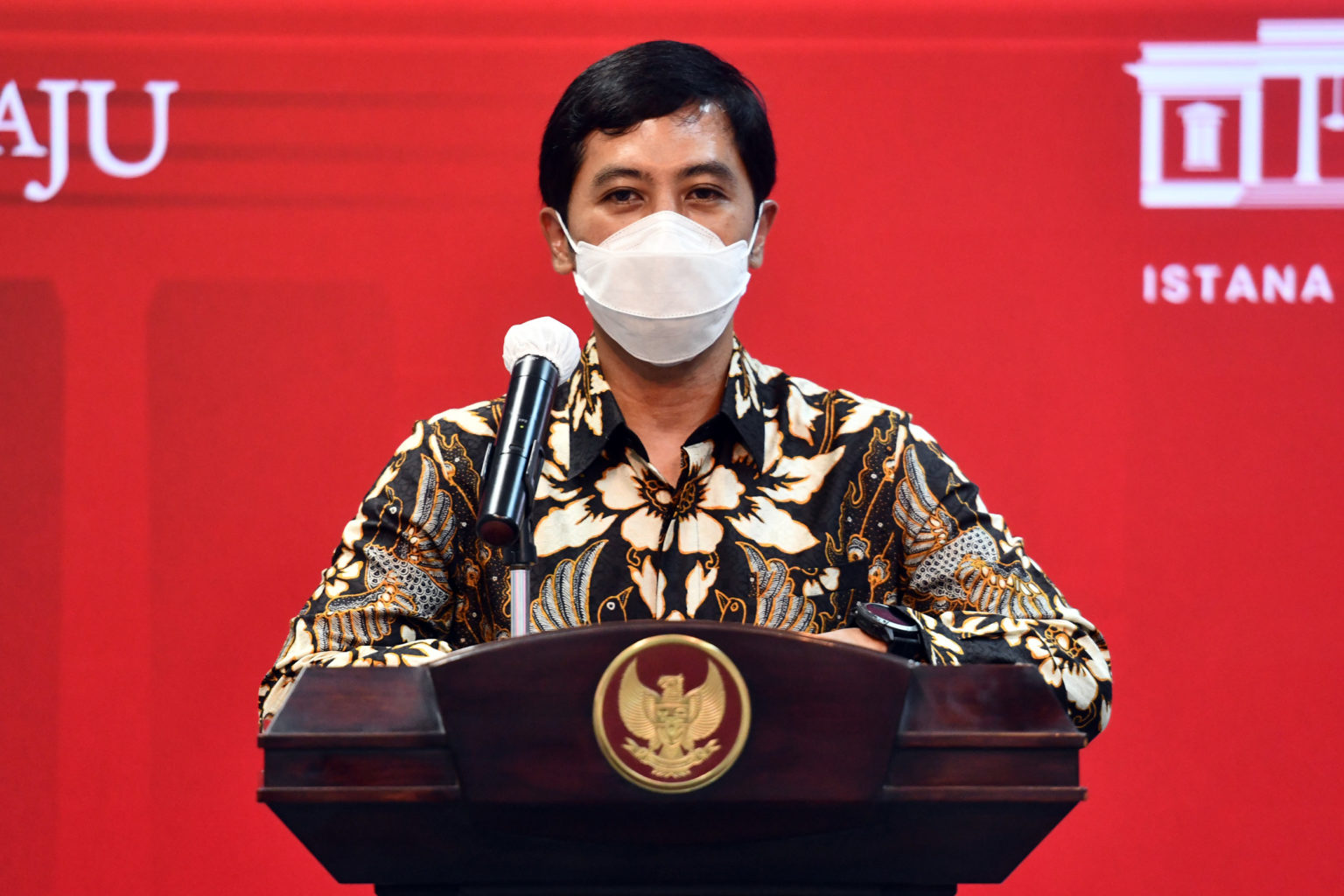 Deputy Minister of Health Dante Saksono Harbuwono has called on the public to immediately get booster dose of vaccination.

Vaccine booster can currently be given at an interval of three months after the second dose injection.

“We have revised the vaccine booster policy from six months after the second vaccination to three months. We hope we can accelerate herd immunity in the public,” Dante said after attending a limited meeting on evaluation of public activity restrictions (PPKM), Monday (03/07).

Dante also urged the public not to be picky when it comes to vaccine brand as any vaccine provided by the Government has already been tested for its safety and effectiveness.

“The best vaccine is the one that we get the fastest,” he said, adding that the trend of COVID-19 cases in the country has begun to decline.

“Virus reproduction rate (Rt) has decreased in every major island in Indonesia. However, there are five provinces where the trend is still slightly increasing, namely Aceh, East Nusa Tenggara, Central Sulawesi, Gorontalo and North Kalimantan,” he said.

He added that the declining trend was also followed by a decrease of hospitalization rate, adding that about 60 percent of patients being treated at the hospital are asymptomatic or have mild symptoms.

“So, actually most of the hospitalization cases do not require clinical medical treatment,” he added.

Regarding mortality rate, the Deputy Minister explained that the deaths of COVID-19 patients at several hospitals are dominated by patients with comorbidities, the elderly group, and patients who are not fully vaccinated.

“Not all of the patients at the hospital died from COVID-19. The results of the death audit at the hospital showed that the majority of the deaths were elderly people with comorbidities such as diabetes, hypertension, and kidney failure,” he said. (MAY/AIT/UN) (EST/EP)