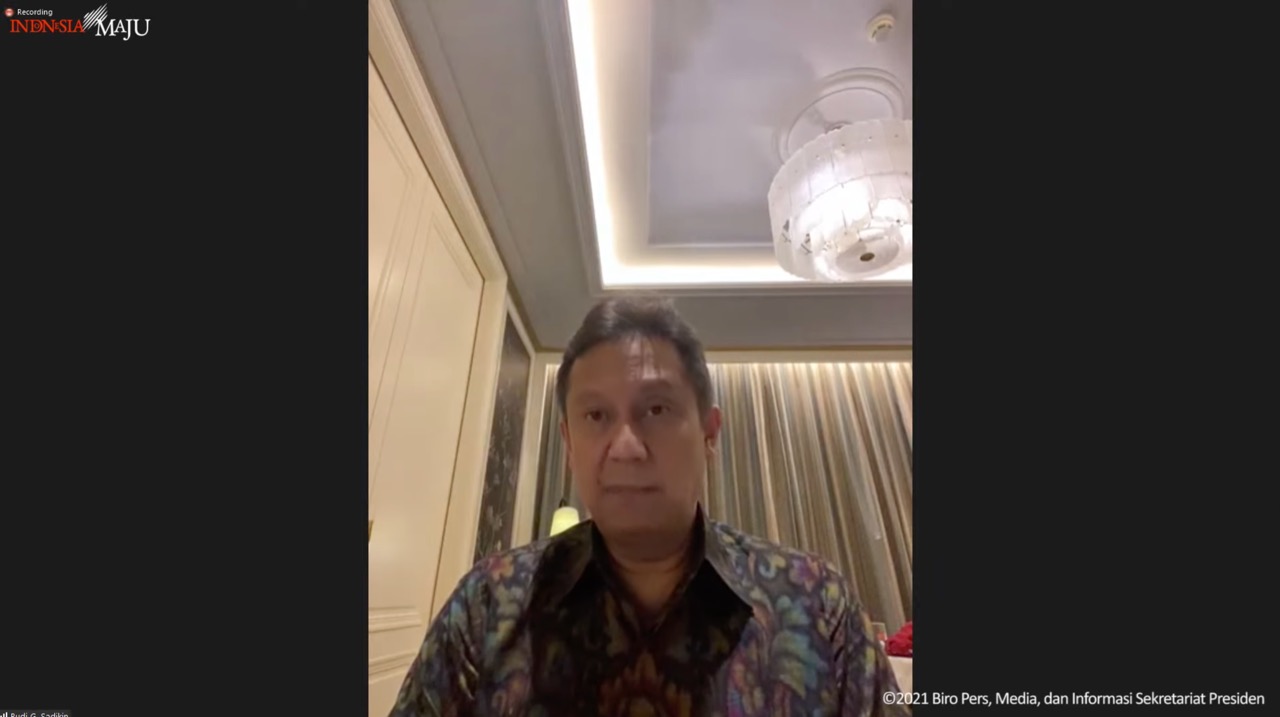 The Government has announced that it will continue to monitor new AY.4.2 COVID-19 variant, also known as Delta Plus variant, which caused COVID-19 case spike in the United Kingdom from this year’s July until October, Minister of Health Budi Gunadi Sadikin has said.

The Minister further said that the Government is currently focusing on measures to avoid potential spike in COVID-19 case during this year’s Christmas holidays and 2022 New Year holidays.

The success in handling COVID-19 this year, Budi added, will greatly affect various international events including G20 Summit that is slated to be held next year.

Budi also reaffirmed that the Government continues to monitor pandemic situation in all over Indonesia.

“In the last four weeks, the Government has monitored all regencies and cities in all over Indonesia. Compared to July 2021, the case recorded a decrease but we [the Government] have observed in the last four weeks that there are 105 regencies/cities in 30 provinces that recorded an increase in the last two weeks,” he said during a press conference after attending the Limited Meeting on the Evaluation of the Public Activity Restrictions (PPKM) on Monday (25/10/2021).

Even though the monitoring results showed that the pandemic situation in Indonesia is under control and the case is within the limits set by the World Health Organization (WHO), the Health Minister said that the Government will continue to remain vigilant.

“We are seeking to anticipate [the spike] earlier so that it will not make us complacent,” Budi added.

When it comes to COVID-19 handling in surveillance sector, Budi ensured that tracing and testing methods continue to be intensified.

“All close contacts have to be tested because they pose the biggest risk in spreading [the virus] so that 3T [tracing, testing, treatment] protocols must be carried out as well as possible,” he said.

Furthermore, the Government will continue to carry out the acceleration of national vaccination drive, especially for the elderly groups that have high risk of being exposed to COVID-19.

Budi expressed hope that in the end of 2021 the number of doses administered will reach 290-300 million doses. As many as 168 people or 80 percent of total population are targeted to receive the first dose and 123 million people or 59 percent are targeted to get fully vaccinated.

Related to medicines and medical equipment for COVID-19 handling, the Health Minister further said that the Government is finalizing the cooperation process with the United States pharmaceutical company Merck to bring Molnupiravir medicines to the country so that Indonesia will have enough medicine reserves in anticipation of potential COVID-19 wave. (FID/UN-PR of Cabinet Secretariat) (AP/MUR)