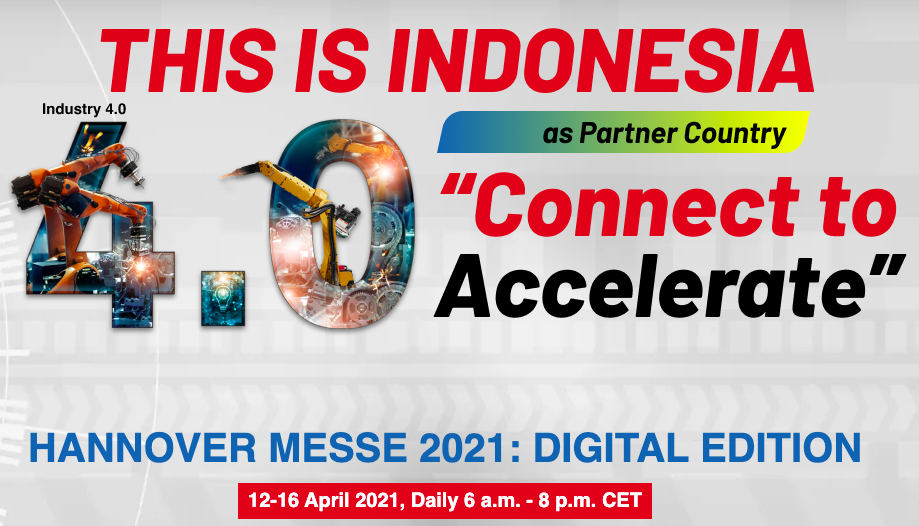 Indonesia’s participation as the official country partner for Hannover Messe 2021 will generate positive impacts, especially for the industrial and economic sectors, and will spur national branding as the new economic power, Minister of Industry Agus Gumiwang Kartasasmita has said.

“This momentum can also be an event to show the world the ability of the manufacturing sector in Indonesia to transform into an industrial era 4.0,” the Minister said in Jakarta, Sunday (11/04).

The Hannover Messe is the world’s leading trade exhibition for industrial technology, with a tradition that spans for more than 72 years. The exhibition has strong international exposure, as characterized in the event in 2019 which recorded more than 6,500 exhibitors from 75 countries around the globe.

“We also encourage technology transfer through Indonesia’s participation in the Hannover Messe 2021. The event also shows the digital acceleration of the industrial sector in Indonesia which was also triggered by restrictions on movement and interaction during the pandemic. It is at this point that the Industrial Revolution 4.0 finds its momentum,” he explained.

Hannover Messe is known as the largest manufacturing technology exhibition in the world, attended by more than 140,000 decision makers.

In that event, Indonesia will participate in the digital expo, conference and networking platform. Indonesia’s participation as the official country partner for the Hannover Messe 2021 is supported by 156 exhibitors consisting of government ministries and institutions, State-Owned Enterprises, universities, and national private companies.

“The programs are expected to increase investment, industrial cooperation and business agreements,” the Minister said. (MINISTRY OF INDUSTRY/UN) (RI/MMB)