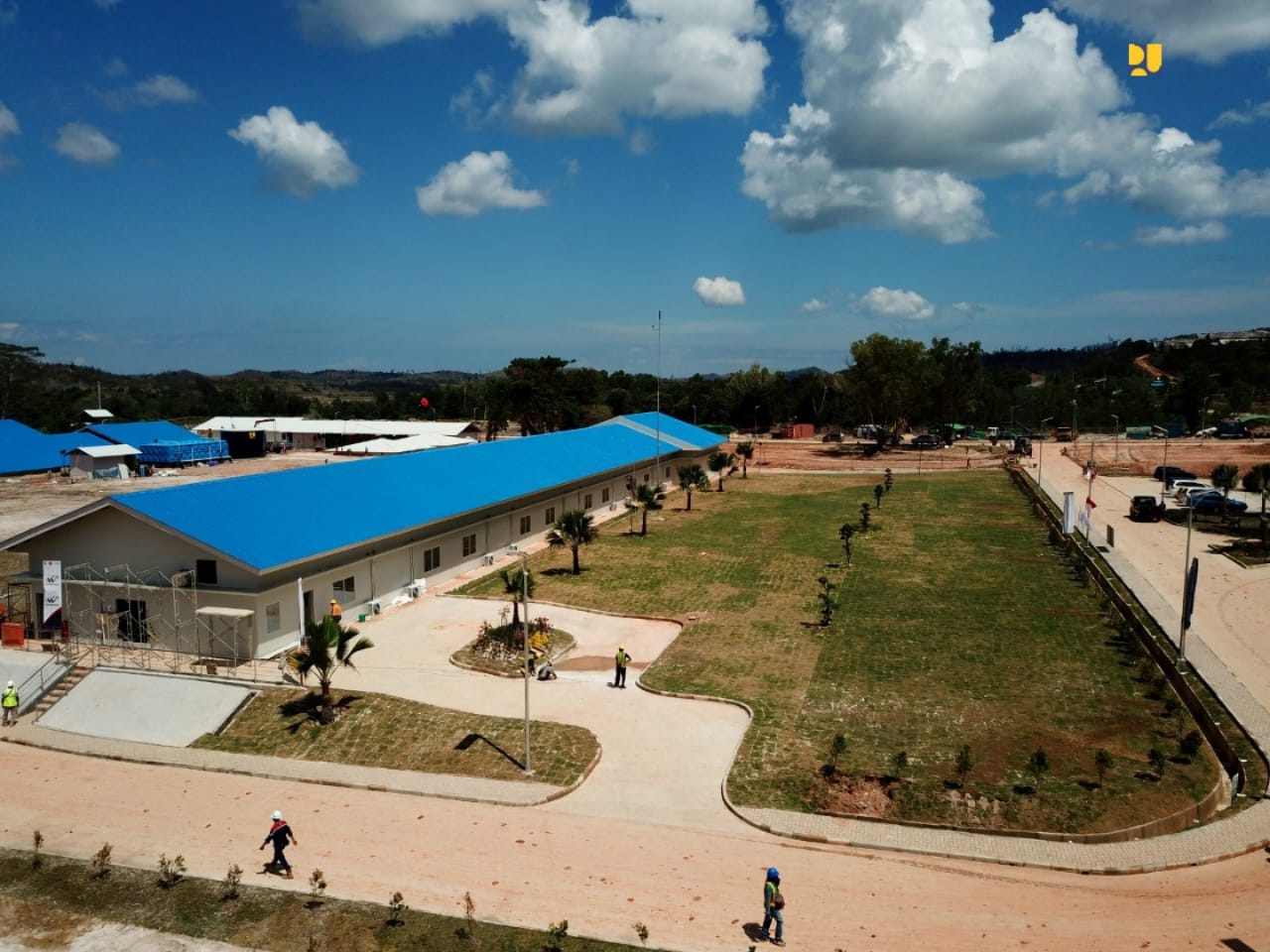 Health facility at Galang Island, the City of Batam, Riau Islands Provinces is ready for operation. (Photo by: Ministry of Public Works and Public Housing)

Ministry of Public Works and Public Housing has completed the construction of observation/isolation/quarantine facilities for contagious disease mitigation, particularly the COVID-19, in Galang Island in Riau Islands Province.

The facilities, which were built under President Joko “Jokowi” Widodo’s order, have been in operation since Monday (6/4).

The observation/isolation/quarantine facilities – which were officially opened by Indonesian Military Regional Defense Joint Command I (Kogabwilhan I) Commander Vice Adm. Yudo Margono – will have a total capacity of 1,000 beds, in which the facility with a capacity of 360 beds was built during the first development phase.

The facility consists of three zones.

Zone A is the supporting facilities such as a housing complex for doctors and nurses, a sterilization building, a nutrition room, a laundry room, a warehouse, and a power house.

Zone B is for inpatient care and its supporting facilities such as isolation wards, observation wards, laboratories, Intensive Care Units (ICU), a morgue, a helipad, and utility zones.

Zone B has 360 beds in total of which 340 beds are for patients under observation and a 20-bed isolation ward for providing intensive care. Meanwhile, Zone C will be built for the next development phase.

In the meantime, in a bid to provide access to clean water in the facilities, Ministry of Public Works and Public Housing has also installed raw water transmission pipes spanning 13.85 kilometers in which the water is sourced from Monggak Rempang Dam.