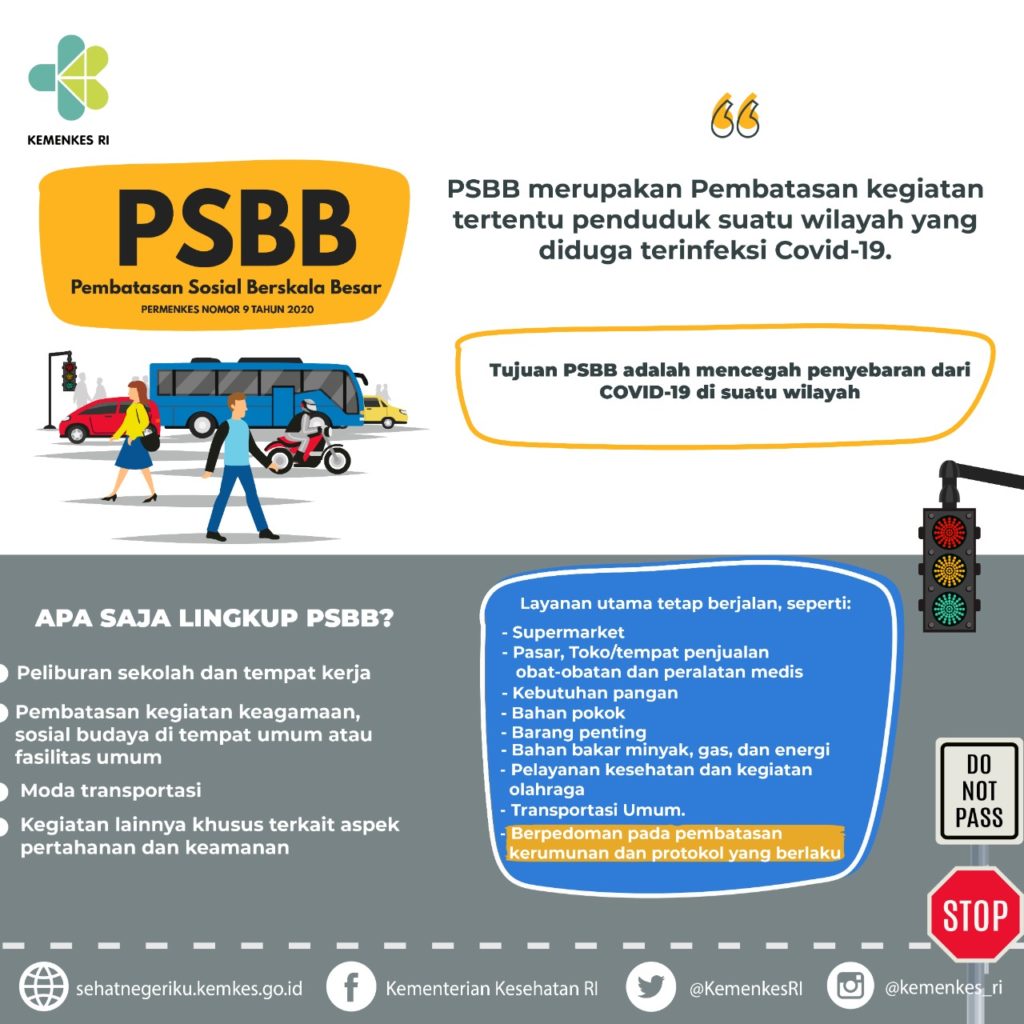 In a bid to contain the spread of COVID-19, Minister of Health Terawan Agus Putranto has approved the proposal to impose Large Scale Social Restrictions (PSBB) in five regions in West Java province, namely Bandung City, Bandung Regency, West Bandung Regency, Cimahi, and Sumedang Regency, as well as in the Central Java city of Tegal.

The Government said it decided to take the measures based on the results of epidemiological studies and considering regional preparedness in social, economic, and other aspects.

The approval to impose the restriction in those areas in West Java province is stipulated in the Decree of Health Minister Number HK.01.07/Menkes/259 of 2020 issued on 17 April 2020.

Terawan has also approved the proposal to impose the restrictions in Tegal.

“We have approved the proposal the impose the restrictions in Tegal because the spread of the virus has significantly increased,” he said in Jakarta, Friday (17/4).

The approval for the imposition of the restrictions in Tegal is stipulated in the Decree of Health Minister Number HK.01.07/Menkes/258/2020 issued on 17 April 2020.

Following the decision, the five regions in West Java province and the Tegal regional government iare obliged to impose the restrictions and to consistently encourage and disseminate a healthy lifestyle to the public. The restrictions will be in place during the longest incubation period and may be extended if the spread of the virus persists.

For the record, the Tegal administration has previously announced it will lock the city down to protect its residents from the coronavirus outbreak. It said that the measure will be implemented for four months from March 30 to July 31. (PR of Ministry of Health/EN)