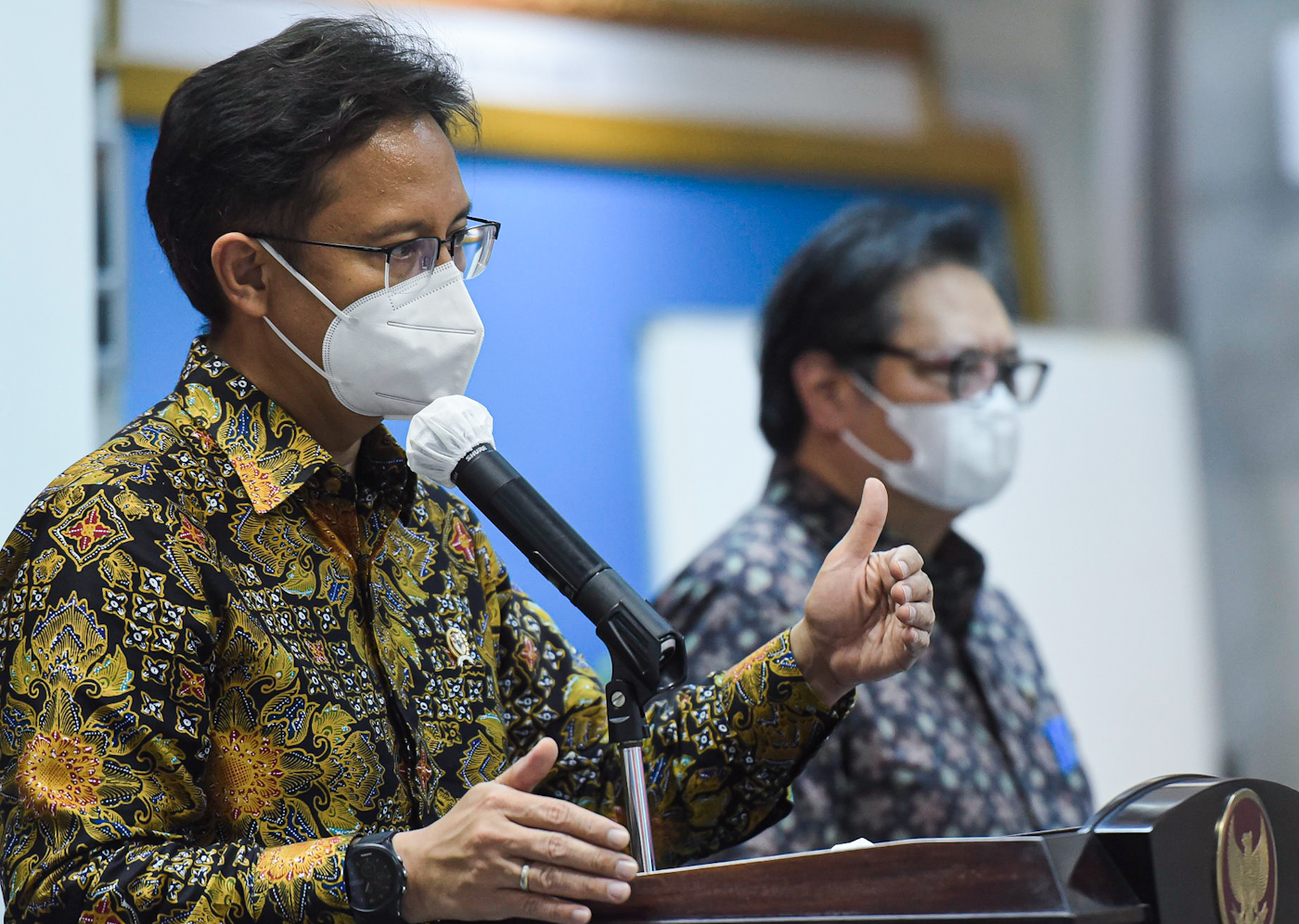 Minister of Health Budi G. Sadikin urged the public to remain disciplined in implementing health protocols at all times as an effort to prevent transmission of coronavirus since new virus variants have currently been detected in the country.

“Whatever the virus is, whatever mutations in the virus will become, if we discipline ourselves in following the health protocols (wearing masks, washing hands, keeping a safe distance) InsyaAllah, the transmission would not be happening,” the Minister said in a press statement after attending a Limited Meeting on COVID-19 Pandemic Handling chaired by President Joko “Jokowi” Widodo, Jakarta, Monday (3/5).

“Thus, the mutated virus has made a total of 13 UK variant cases so far, while two other variants detected from India and South Africa,” he said.

Budi went on to say that the Government also continually intensifies the 3T protocols (testing, tracing, and treatment) to prevent the spread of new virus variants, considering that the new variants are classified in the category of variants of concern or in other words, the World Health Organization (WHO) has paid a special attention to mutated virus due to its higher infectious level.

“Those affected to the virus should immediately carry out self-isolation. We will also maintain discipline in conducting COVID-19 testing and close contact tracing from surrounding area,” he said.

On that occasion, the Minister also called on all components of the nation to always remain vigilant in the fight against the pandemic despite the trend of decreasing positive cases at the national level.

“It is my duty as Minister of Health to keep reminding all of us that we must remain vigilant, do not let our guards down, do not rush to slack off on health protocols,” he said.

The Minister further said that the curves of positive cases at the national level have decreased, yet the increasing cases in several provinces still occur, including positive confirmed case, patients hospitalized, and mortality rate. The cases are found in several provinces in Sumatra Island, such as Riau, Riau Islands, Bengkulu, Lampung, South Sumatra, and West Sumatra, North Sumatra, and Aceh.

“We also notice the cases in several provinces in Kalimantan Island, such as West Kalimantan and South Kalimantan since many Indonesian migrant workers have returned, resulting in an increase in cases,” he stated.

The Minister also stressed the importance of efforts to control the curves of cases rate as early as possible.