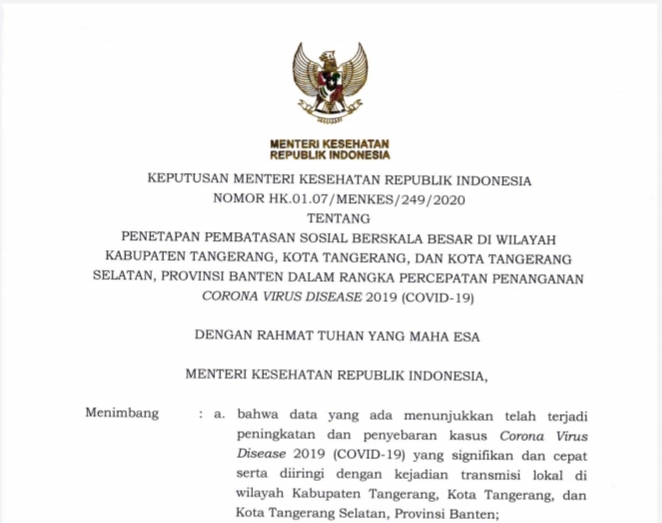 The move aims to limit spread of the disease.

The decision was also made based on an epidemiologic study by taking into account the preparedness of regions in social, economic, and other aspects.

“Regional Governments of regency of Tangerang, city of Tangerang, city of South Tangerang, and Province of Banten are obliged to enforce Large-scale Social Restrictions (PSBB) as referred to in the first Dictum based on provisions of laws and regulations and to promote a clean and healthy lifestyle to the public,” the second dictum of the decree reads.

The PSBB is imposed during the longest incubation period and may be extended if the spread of virus still persists.

“The Ministerial Decree shall apply as of the date of its promulgation,” the fourth dictum of the decree which was promulgated on 12 April 2020 reads. (EN)