Health Ministry has not yet Approved Large-scale Social Restrictions Proposal 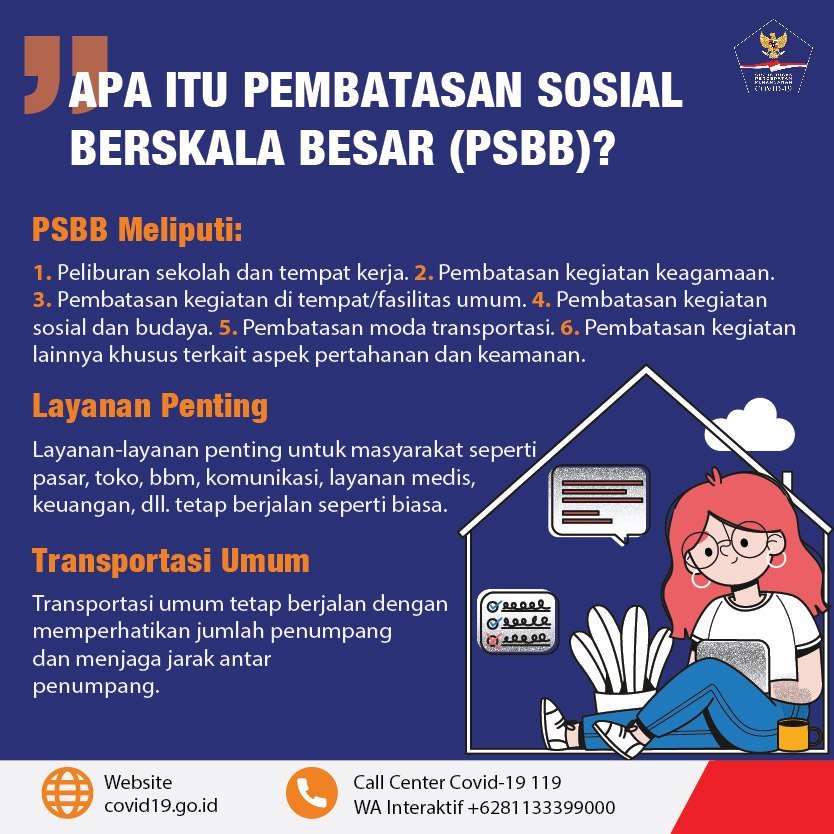 Ministry of Health has not approved proposals from regional heads on large-scale social restrictions (PSBB), according to Head of the National Disaster Mitigation Agency (BNPB), Doni Monardo, as Head of the Coronavirus (COBID-19) Rapid Task Force, in an online press statement on Monday (6/4).

He went on to say that Minister of Health and the Task Force have discussed measures to be taken after receiving proposals from regional heads.

“The Task Force, has written to the Minister to give permit on large-scale social restrictions (PSBB) to the regions that have submitted their proposals, as well as to make action plans so that everything can go well when the program is implemented by the regions,” Doni added.

On that occasion, Head of the Agency also said that Minister of Home Affairs and Minister of Finance will work on reallocation of the Regional Budget.

He also confirmed that regional governments, particularly village heads, are anticipating people’s mobility during exodus ahead of 2020 Eid.

“Village heads can cooperate with youth organization, integrated healthcare center (Posyandu), family welfare community, elements of the Indonesian National Defense Forces (TNI), and the Indonesian National Police (Polri) such as community police officer (Babinkamtibmas) and TNI’s village supervisory non-commissioned officers (Babinsa) to conduct self-isolation for those return from other regions,” he said adding that the self-isolation has been implemented in several regions and he thanked village heads for it.

According to him, Indonesia is a country that has strong administrative divisions, starting from the Central Government, province, regency/municipality, district, subdistrict, village, including neighborhood units (RT/RW). Thus, he called on other regional heads to enhance cooperation with government apparatus at the lowest level, namely village.

“If these elements can effectively collaborate, we can take preventive measures to people who have higher risk of being infected namely elderly and those with chronic illness such as heart disease, hypertension, diabetes, and asthma,” he said.

With collective awareness and discipline, we can reduce the number of COVID-19 cases, he concluded.  (FID/EN)