High-speed Train, LRT Projects to be Completed by End of 2021: President Jokowi 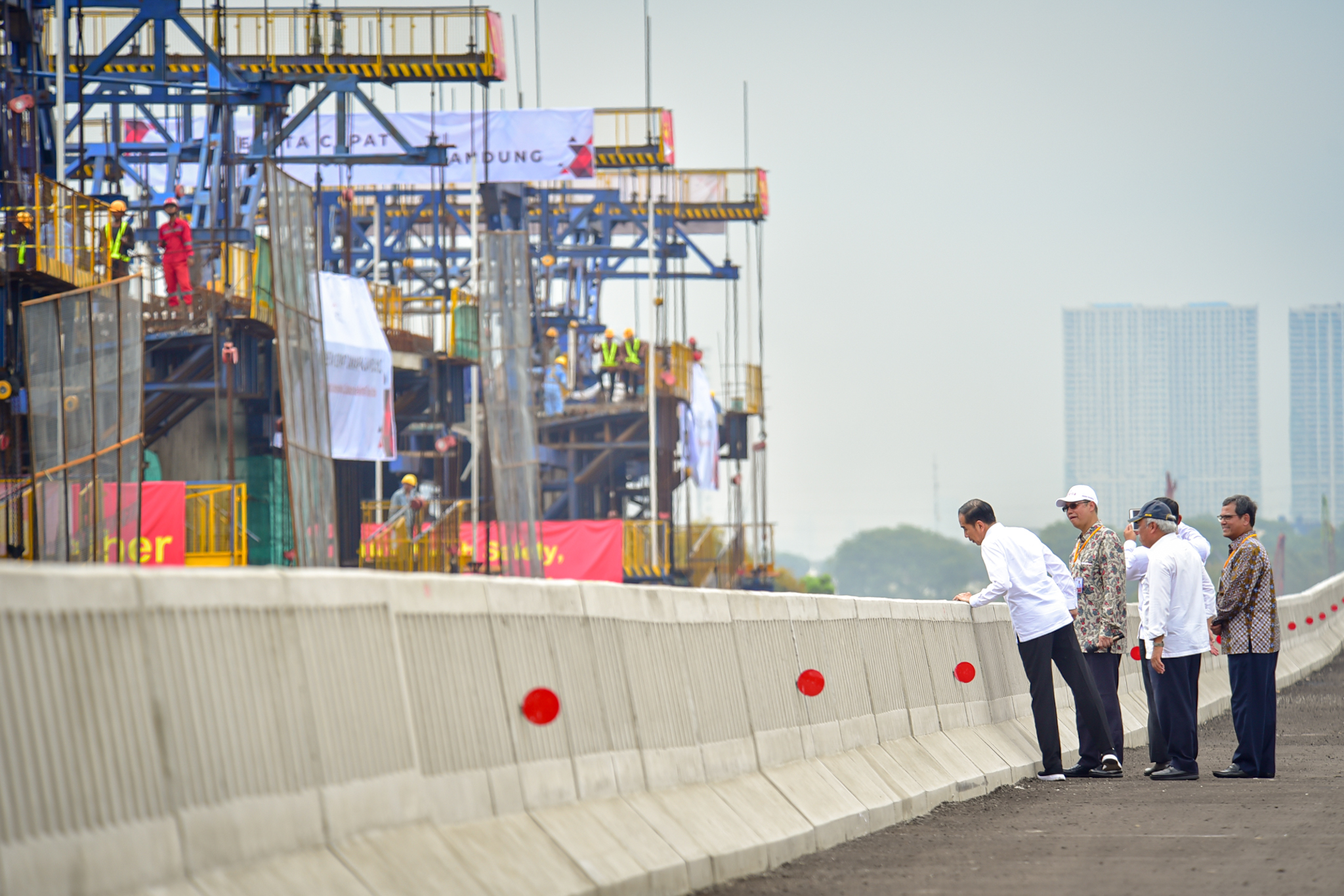 President Joko “Jokowi” Widodo has expressed optimism that construction of the Jakarta-Bandung high-speed train and Light Rapid Transit (LRT) will be completed by the end of 2021.

“The projects will be finished and will be integrated with each other. For example, the high-speed train station will be connected with the LRT station near Halim Perdanakusuma (Airport). Everything will be integrated,” President Jokowi told reporters after inspecting the LRT project on Jakarta Cikampek II Elevated Toll Road KM 16 in Bekasi, West Java province, Wednesday (12/12).

For the record, the high-speed train and LRT projects have investment values of US$6 million and Rp29 trillion, respectively.

The President has also asked Governor of Jakarta to connect them with TransJakarta buses as well so that all transportation modes will be fully integrated.

Also accompanying President Jokowi during the inspection were among others Minister of Public Works and Public Housing Basuki Hadimuljono, Presidential Chief of Staff Moeldoko, and Governor of West Java Ridwan Kamil. (RSF/AGG/ES)