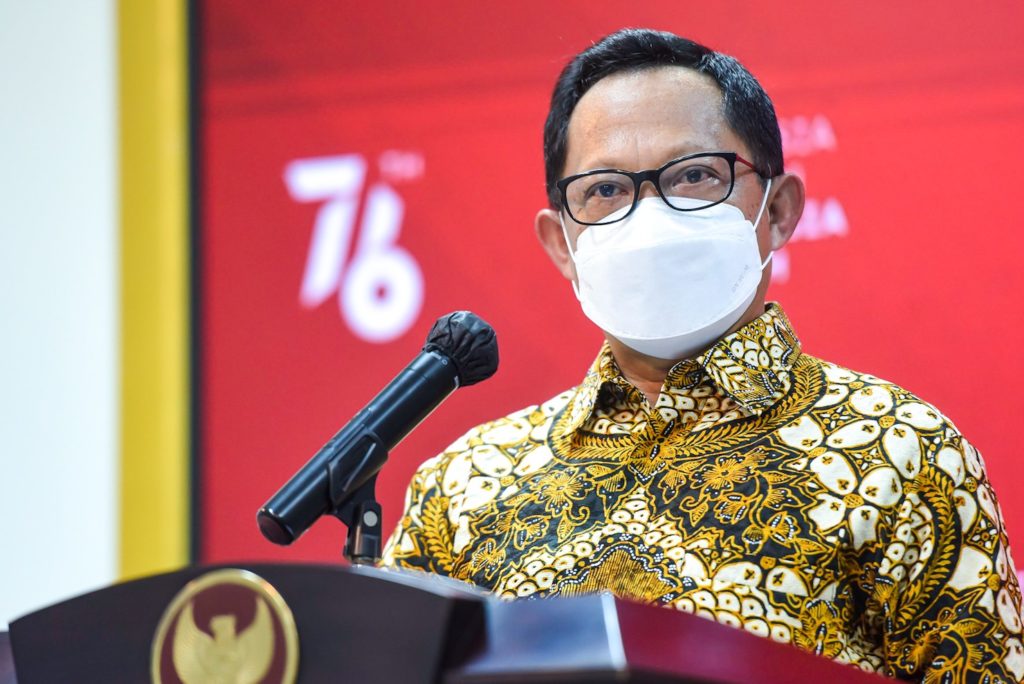 The Minister underlined that key to success in curbing inflation is determined by the aggregate of cooperation between the Central Government and regional governments.

“So, we can’t rely on the Central Government alone,” the Minister said during a hybrid Regional Inflation Control Coordination Meeting on Tuesday (08/30).

The Minister also said that if regents and mayors were able to overcome inflation or ensure food stability in their respective regions, the duties of the provincial governments will be easier, and the Central Government intervention will also be less needed.

On the other hand, the Minister said, Ministry of Home Affairs, Statistics Indonesia (BPS) and central bank Bank Indonesia will announce inflation rate in each region, especially at the provincial level on a monthly basis. This effort is important as the public needs to know the performance of each province. In the future, he added, region with satisfactory handling will be rewarded with Regional Incentive Funds (DID) from Ministry of Finance.

“So, we will know later which provinces have high or low (inflation rates). The high (inflation rate) is one of the indicators of an underperforming regional head. Many regions can control their inflation rates. Let the public see who is a good leader and who is not,” he said.

Not only that, the Minister also ordered the provincial governments to publish the percentage of inflation in regencies/municipalities on a monthly basis. That way, regents and mayors also join the efforts to curb the inflation rate in their respective regions. He also said that through the published report on inflation rates of each regency/municipal, the public will know which regions are under control or not.

In addition, Tito said, a team will visit regions with high inflation rates to find out the problems they are facing. If the region is led by an acting regional head, the handling of inflation will also be one of the performance evaluation materials. He stated that it is not impossible to replace related official with bad performance.

“If the person is not an acting regional head, but the one elected from regional elections, we will issue a warning, so the public will understand the kind of person they should not vote for,” he said.

On the occasion, the Minister explicitly ordered regional heads to prioritize inflation handling and not to underestimate the issue of inflation.

The regional governments can also promote the Movement for Growing Fast-Harvesting Foods, such as chilies, onions, and other commodities as an effort to meet household food availability, he said, adding that they also need to seek inter-regional cooperation in order to meet commodity shortages.

Furthermore, the Minister ordered regional heads and officials to remain careful in communicating with the public. Regional heads must ensure that they work hard to curb inflation, but that does not necessarily mean making the public panic, he added. The public is also asked to remain calm, because the inflation is still relatively safe and under control.

“Don’t make them panic, because sentiment due to the public’s panick can trigger counterproductive behavior, such as panic buying,” he remarked. (PR of Ministry of Home Affairs/UN) (FI/MUR)