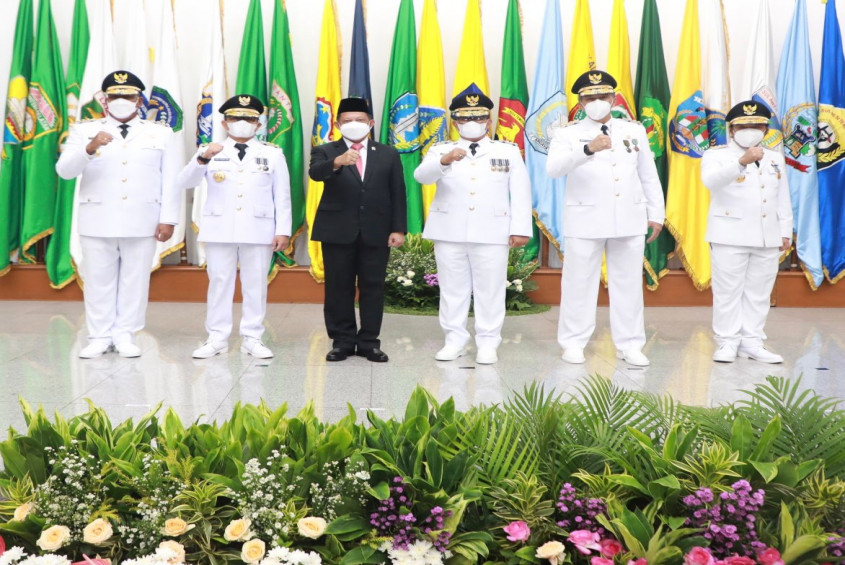 Tito added that if political and security are well-maintained in the respective regions, then the governance will run well and the programs can be executed.

Moreover, the Minister explained in details some important programs set as the Government’s priorities, as follows.

First, related to COVID-19 pandemic handling. Although the pandemic situation in Indonesia is improving, some countries are experiencing a rise in COVID-19 cases.

“We must pay attention to this, please implement the Government’s policies on pandemic handling according to the context in the respective regions,” he said.

The Minister explained that economic recovery can be done by accelerating the realization of the Regional Budget (APBD). The Regional Budget can keep the money circulating in the region and also can stimulate the private sector.

“Without the private sector’s role and if we only rely on the Regional Budget, we cannot go further. The development cannot run smoothly, and economic recovery cannot be maximized. The private sector is the key, even in some regions, the Micro, Small, and Medium Enterprises are the key players,” he asserted.

A number of special programs that also become the Government’s priorities, among others, are issues concerning education, health, stunting, and infrastructure. The Minister emphasized that those programs need the role of the newly-inaugurated officials, mainly in playing the role of the governor as the representative of the Central Government.

“Therefore, it takes you to not only working behind the desk, but also to see at first hand and listen to the people’s voices on their problems,” the Minister emphasized.

The inauguration was conducted based on Presidential Decree Number 50/P of 2022 on the Appointment of Governors signed by President Joko “Jokowi” Widodo on May 9, 2022.

The five newly-inaugurated governors to replace the regional heads whose office will be terminated in the middle of May 2022 are as follows: