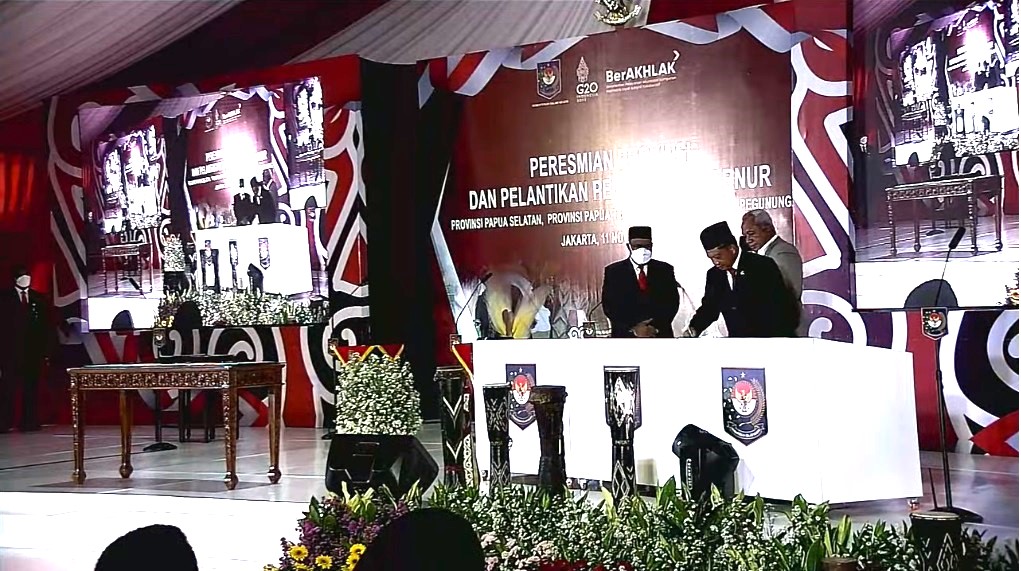 These three acting governors’ backgrounds are an academic and government officials.

Apolo Safanpo is the Chancellor of the University of Cenderawasih; Ribka Haluk is the Head of the Office of Social Affairs, Population, Women’s Empowerment, and Child Protection of Papua Provincial Government; while Nikolaus Kondomo is the Head of the Papua High Court.

The inauguration was carried out based on Decree of the President of the Republic of Indonesia (Keppres) Number 115/P of 2022 which was stipulated on November 10, 2022. As stated in the Presidential Decree, each acting governor serves for a maximum term of one year. (TGH/AIT/UN)