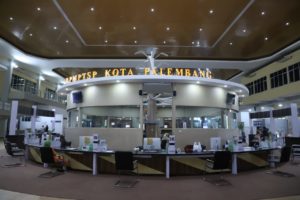 Minister of Home Affairs Tito Karnavian has called on regional leaders to increase spending on public services whose benefits are felt directly by the public.

“Reduce personnel spending and increase spending that directly benefit the public,” Tito said during the Opening of the Domestic Government Leadership for Regents/Deputy Regents and Mayors/Deputy Mayors in 2021, Monday (13/9).

According to the Minister, the COVID-19 pandemic has taught us that the management of the Regional Budget (APBD) should be allocated for productive sector which has a direct impact to the public.

The pandemic, he added, has also proven that many activities or meetings can be held virtually, while still producing productive outputs. That way, he said, personnel expenditures can be cut and shifted to solving problems in their respective regions.

Tito also cited an example of waste problem and its management. He explained that the budget that was originally allocated for personnel expenditure could be diverted to build a team that specializes in waste management working at night so that every morning the area is clean and garbage-free.

“I also order increase spending that can be felt directly by the public, such as education and health. Twenty percent for education, ten percent for health. It’s mandatory. Please look at it carefully,” he remarked. (PR of Ministry of Home Affairs/UN) (EST/EP)