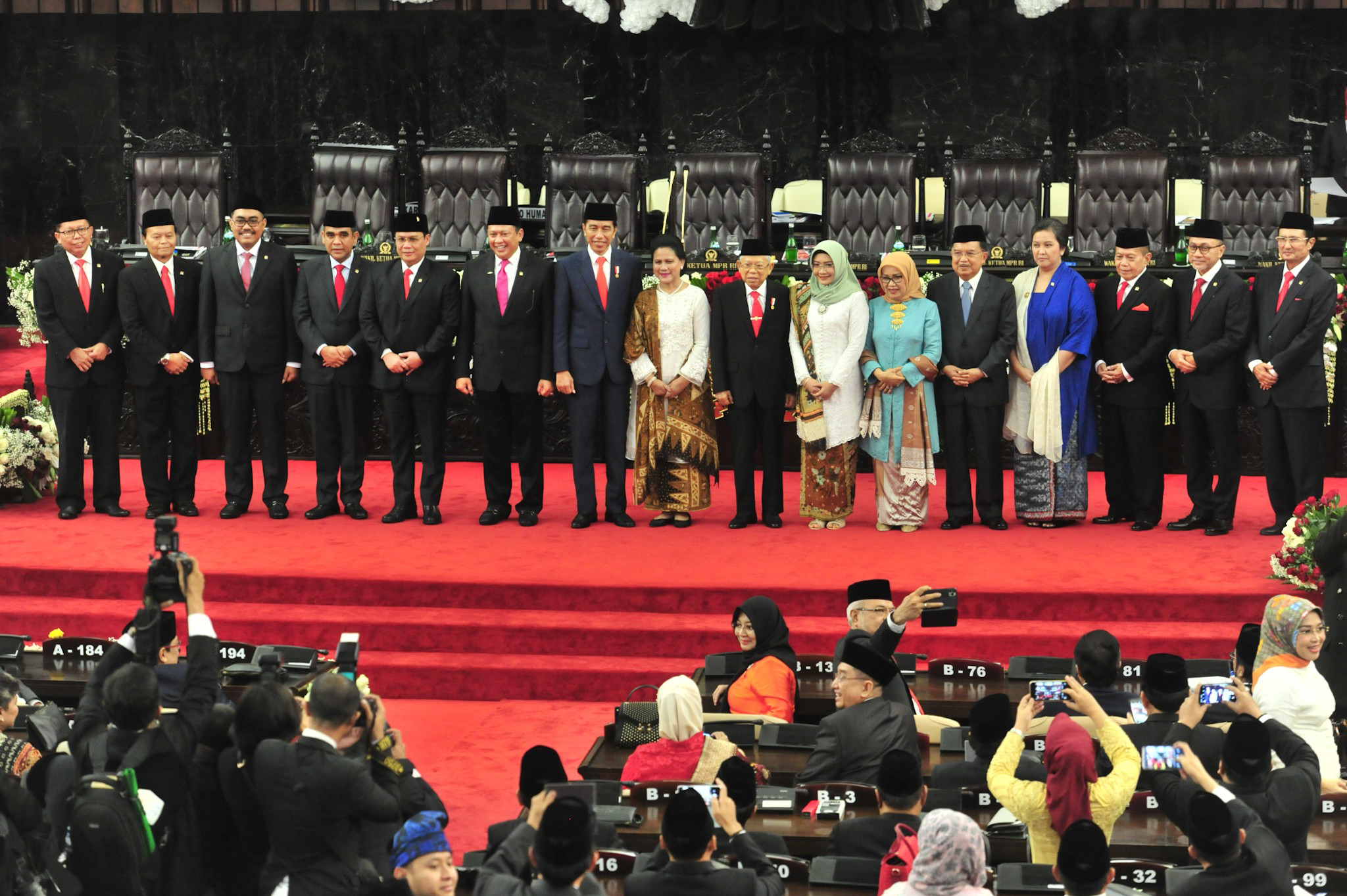 Today, he added, Indonesia is at the peak of a demographic dividend where the share of the productive-age population is larger than that of non-productive one.

“This is a big challenge and a great opportunity at the same time. It will be a big problem if we are not able to provide employment. However, it will be a great opportunity if we are able to build advanced Human Capital, supported by favorable political ecosystem and favorable economic ecosystem,” the President stated in his remarks during the inauguration of the President and the Vice President of the Republic of Indonesia for the 2019-2024 Period, in Parliament Complex Building, Senayan, Jakarta, Sunday (20/10).

President Jokowi was inaugurated as President of the Republic of Indonesia for 2019-2024 period after he took an oath of office in Jakarta, Sunday (20/10).

The inauguration marked the start of President Jokowi’s second and final term in office after winning April’s presidential race. According to official account of the General Election Commission (KPU), Jokowi-Maruf pair secured 55 percent of the votes, defeating Prabowo-Sandiaga pair who secured 45 percent of the votes.