I Can Only Choose 34 Ministers Out of 300 Candidates Proposed, President Jokowi Says 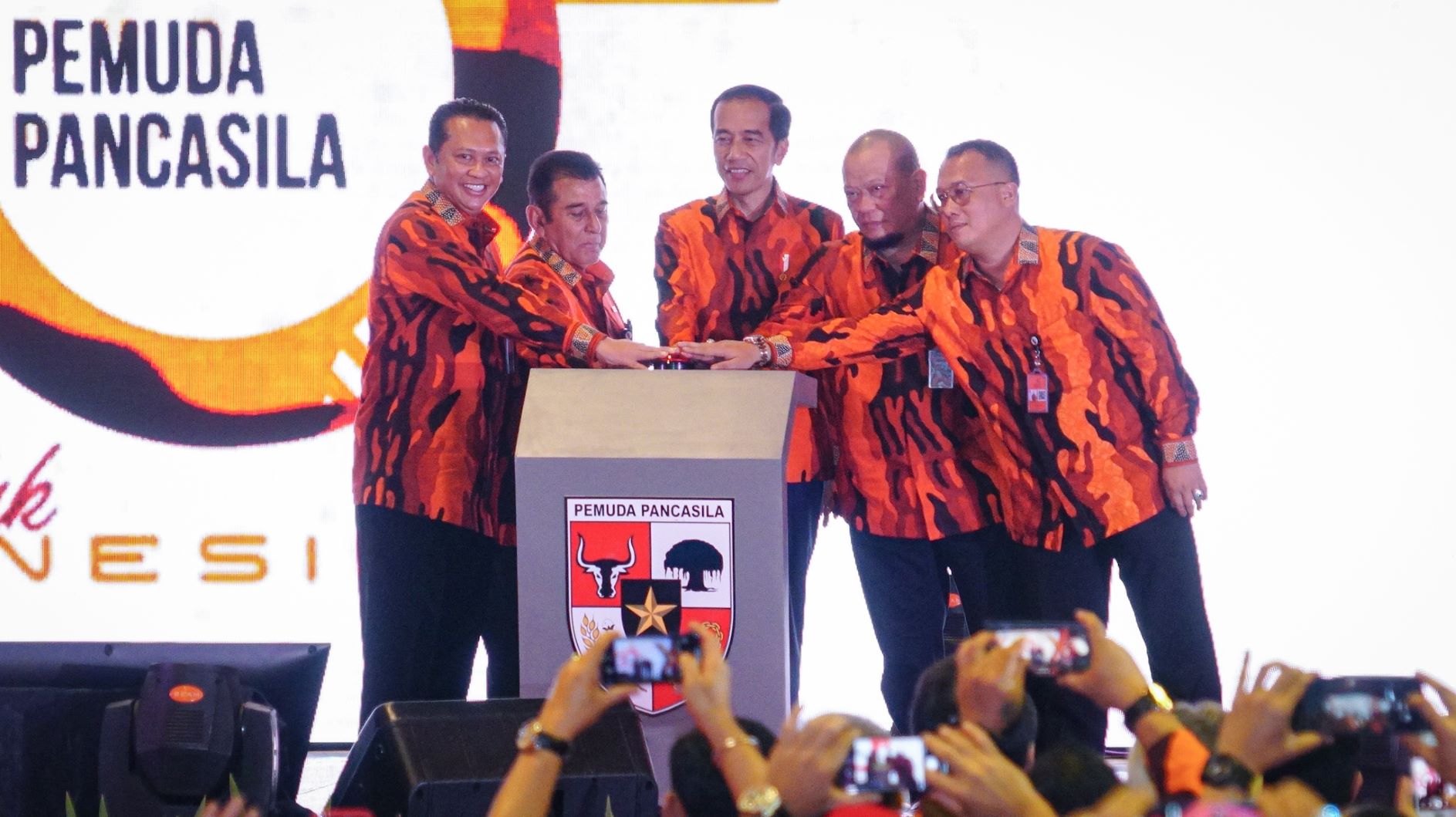 President Joko “Jokowi” Widodo accompanied by Speaker of the People’s Consultative Assembly (MPR) and Speaker of the Regional Representatives Council (DPD) at the Opening of the 10th Congress of the Pancasila Youths at the Sultan Hotel, Jakarta, Saturday (26/10). (Photo by: AGUNG/PR)

Several days following the inauguration, President Joko “Jokowi” Widodo and Vice President KH. Ma’ruf Amin said they had been busy forming a Cabinet, including to appoint Ministers and Deputy Ministers.

“There were 300 names of ministerial candidates proposed, but there are only 34 ministerial posts,” President Jokowi said in his introductory remarks at the Opening of the 10th Congress of the Pancasila Youths at Laggon Garden Hotel Sultan’s Ballroom, Jakarta, Saturday (26/10).

According to President Jokowi, he and Vice President KH. Ma’ruf Amin must take into account issues concerning regions, ethnic groups, and religions. The composition must be really accurate when it comes to political parties and professionals, he added.

“It is not easy to form a Cabinet that must be diverse since Indonesia embodies unity in diversity,” he said.

On that occasion, President Jokowi said that more than 266 candidates feel disappointed, adding that the number is higher than 34 people who are happy.

“I do apologize for being unable to accommodate all of them because, once again, only 34 posts are available,” President Jokowi said.

In addition, President Jokowi also urged the Pancasila Youths to be grateful that their best cadres Bambang Soesatyo was elected Speaker of the People’s Representative Council (MPR), Speaker of the Regional Representatives Council (DPD) La Nyalla Mattalitti, as well as Minister of Youth and Sports Zainudin Amali.

President Jokowi further said that it is common in a democracy that someone is elected in the election. He also noted that based the 1945 Constitution, it is the president’s prerogative to choose ministers. (HIM / AGG / ES)