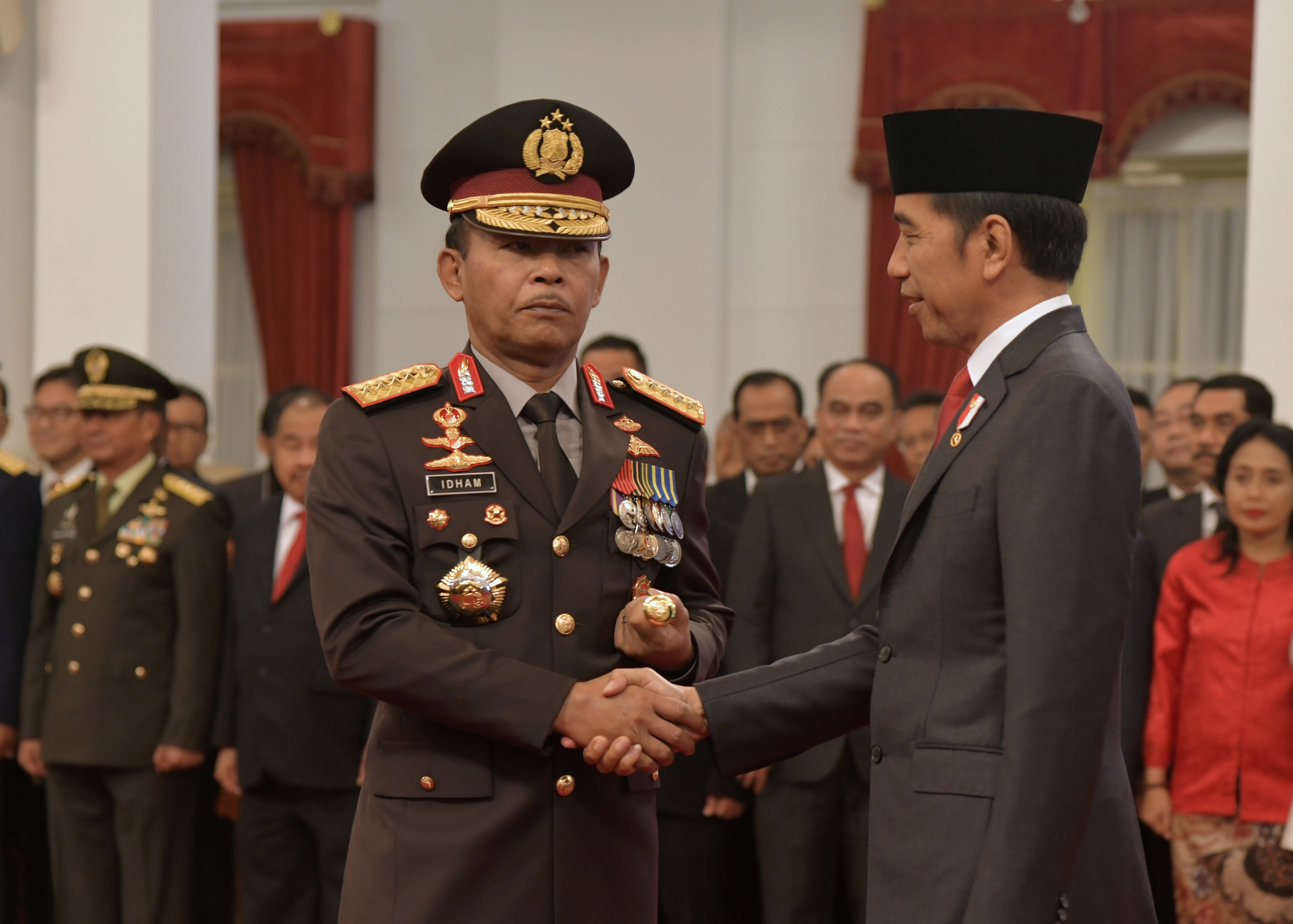 The inauguration ceremony began by the singing of national anthem Indonesia Raya, followed by recitation of Presidential Decree Number Number 97/Polri/2019 on Appointment of National Police Chief which stipulated in Jakarta on 1 November 2019.

“I swear by God to pledge my allegiance to the Unitary State of the Republic of Indonesia based on Pancasila and the 1945 Constitution and will uphold all laws and regulations in an honest manner for my service to the nation and state. I will uphold the code of ethics and to be fully responsible in carrying out my duties, and I will uphold Tri Brata.”

After that, President Jokowi read out a Presidential Decree Number 98/Polri/2019 on Promotion of Police High Officers as Police General, followed by the inclusion of a new rank. The President then congratulated the new Police Chief. (FID/OJI/ES)