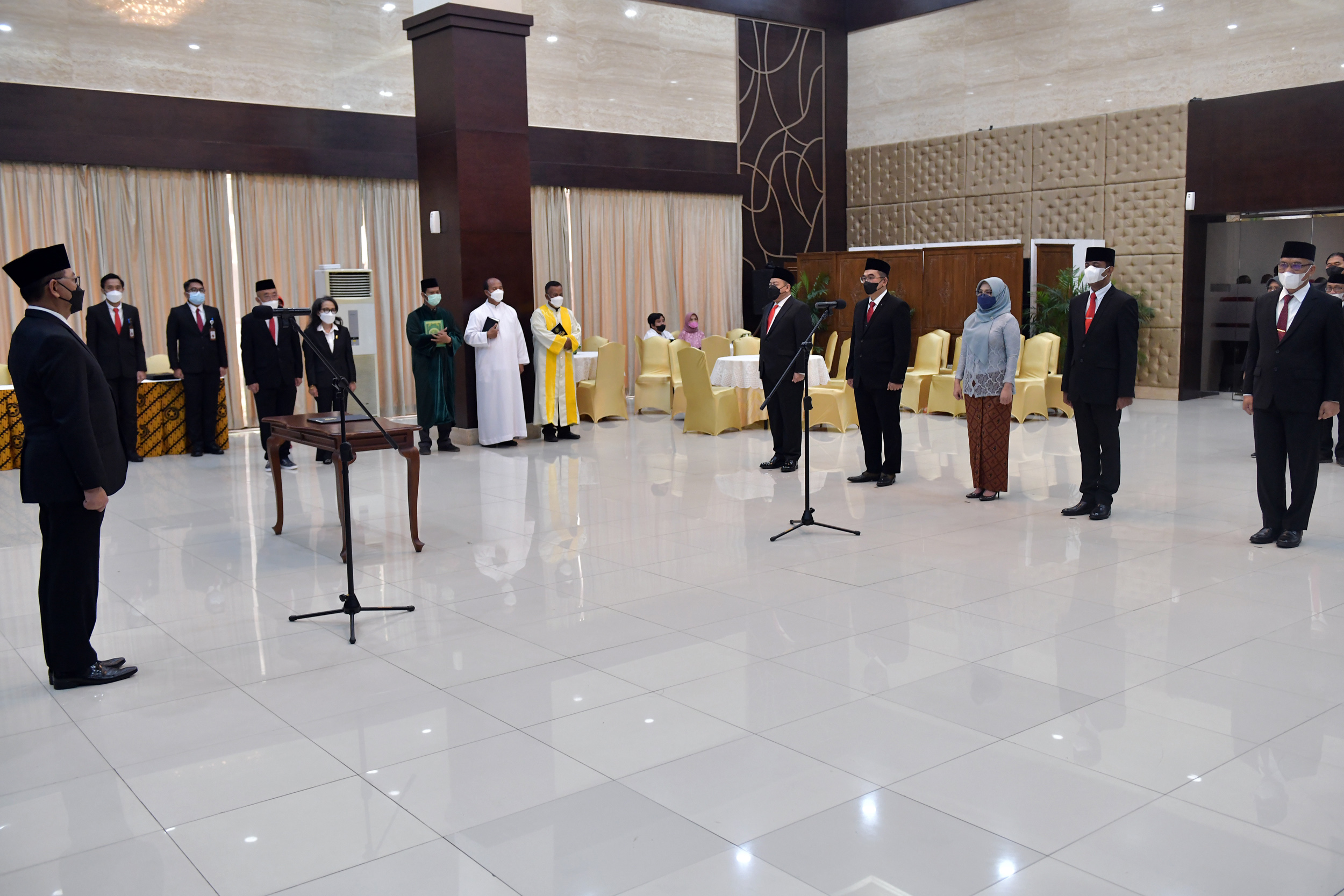 The inauguration is based on Decree of the President of the Republic of Indonesia Number 123/TPA of 2022 on the Appointment to High-Ranking Officials within Nusantara Capital Authority which was stipulated in Jakarta on October 6, 2022.

The five newly-inaugurated officials are as follows:

“Today, Thursday, October the 13th 2022, I, Chairperson of the IKN Authority, hereby officially inaugurate you in the High-Ranking Officials within the IKN Authority. I believe that you will carry out your duties as well as possible in accordance with the responsibilities given to you,” Bambang stated.

The IKN Authority Chairperson also ordered newly-inaugurated officials to immediately recruit for team members. “I set a target to complete the recruitment in November so the minimum essential force to start up and running the Authority can be fulfilled,” he added.

In addition, Bambang also underscored the importance of maintaining environmental social and governance (ESG) since organizations that have good ESG from the start will find it easier to gain trust, funding, and partners both from domestic and international levels.

Furthermore, the IKN Authority Chairperson ordered his officials to communicate, coordinate, consolidate, and collaborate with all stakeholders, from ministries/agencies to all elements of society. He also reminded everyone to remain vigilant and anticipate the impact of the current global uncertainty.

“Please use the momentum until the end of this year as a momentum for all of us to prepare,” he conclusively remarked. (FID/UN) (GWH/HD/MUR)