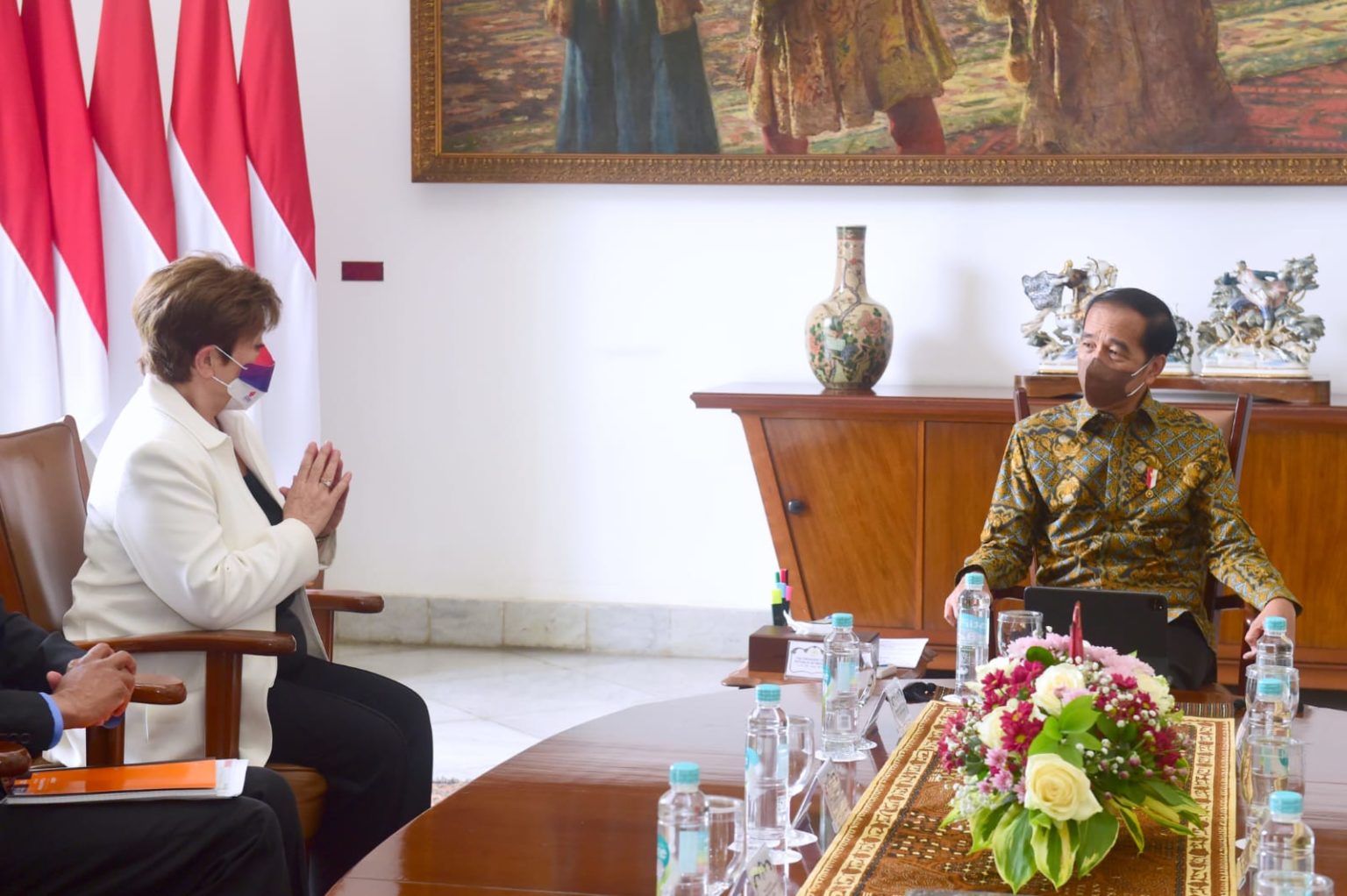 She expressed her appreciation during a courtesy call of the IMF delegation to President Joko “Jokowi” Widodo at the Bogor Presidential Palace, West Java province, Sunday (07/17).

“She showed her high appreciation to Indonesia for successfully hosting the G20 finance track, the third series of the finance ministers and central bank governors’ meeting in Bali amid an increasingly difficult and challenging global backdrop,” Minister of Finance Sri Mulyani said.

The Minister went on to say that the war has intensified and contributed to the increase in food and energy prices. Consequently, it also triggers inflation as well as food and energy crises in many countries.

Thus, Indonesia, as the current holder of the G20 presidency, played a crucial role in leading the discussion on finding synergy between fiscal and monetary policies during the finance ministers and central bank governors’ meeting.

“In order to address the food crisis, we have to determine measures that can be done to lower risks to global economy,” she stated.

According to the Minister, results generated from the meetings will be presented in the G20 Summit in November. They are, for instance, initiatives to establish multilateral health financing to anticipate future pandemic, regulation of digital coin, financial inclusion and digital technology, global taxation, and sustainable finance. (BPMI of Presidential Secretariat/UN) (RAS/HD/MMB)