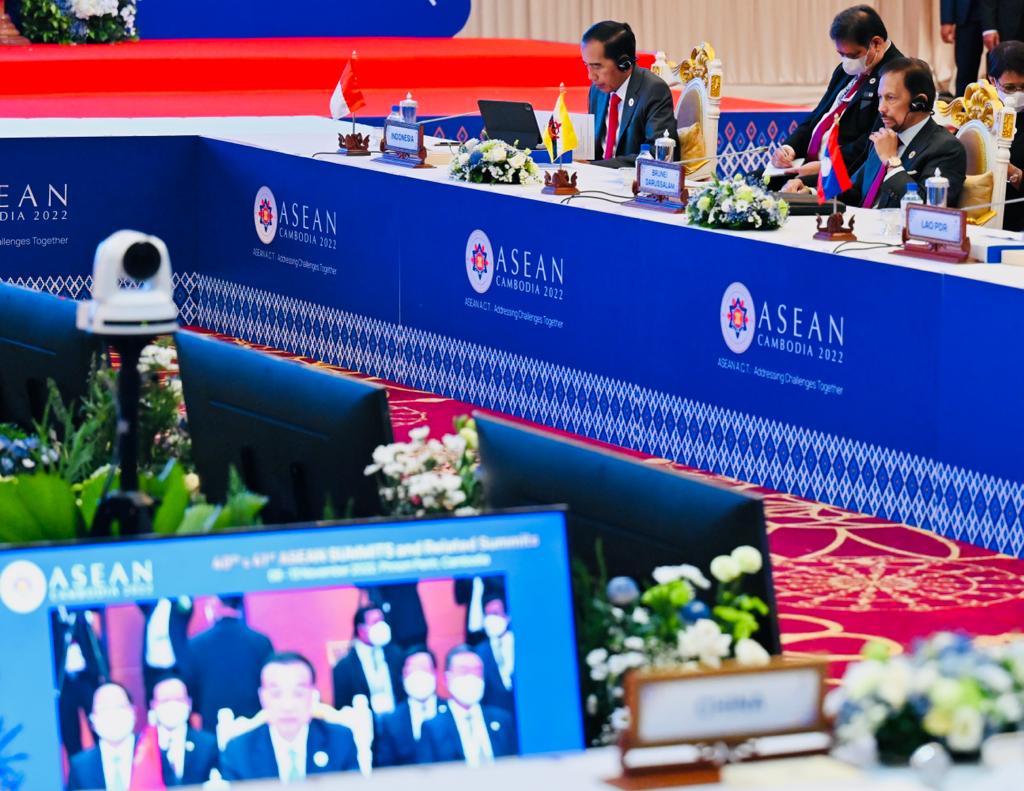 In his introductory remarks at the 25th ASEAN-China Summit at Sokha Hotel, Phnom Penh on Friday (11/11), President Joko “Jokowi” Widodo called on ASEAN and China as strategic comprehensive partner to ensure that the current global crisis will not bring any impact on the region.

“The first issue we must address is food stability. With more than two billion of people, ensuring food availability and affordability is a tough task for both ASEAN and China. Regional food stability should be our top priority,” President Jokowi said.

During the summit attended by ASEAN leaders and Premier of China Li Keqiang, President Jokowi also remarked that the region is still vulnerable to supply shocks in food products, adding that ASEAN has spent US$ 61 billion to import food and is one of the world’s biggest consumer of wheat and soybean.

“I see that China has a big capacity to strengthen the strategies of food security. We have to work hard to secure the supply chain and maintain food price stability. I hope that ASEAN-China can collaborate to secure food stock buffer and regional food emergency mechanism, to develop regional food production, and to invest in agricultural innovation,” he said.

The second issue, according to the Head of State, is regional financial stabilization. According to the President, the threat of recession is a daunting challenge for all and in the midst of this current situation, cooperation must be more promoted.

“Coordination on policies is of great importance. Through policies synergy, we can ensure the most effective measures to prevent recession as well as to heed early warning and to gain liquidity support,” he said.

As a big country in the region, China, he added, has a responsibility to create a conducive situation, adding that it can be achieved by building strategic trust and paying respect to international laws, including UNCLOS 1982.

“Both aspects should be our top priority in order to address the issues of regional rivalry and South China Sea. If we can encourage this, we can realize Indo-Pacific region as the epicentrum of growth,” President Jokowi remarked. (Bureau of Press, Media, and Information of Presidential Secretariat/AIT)(AW/EP)