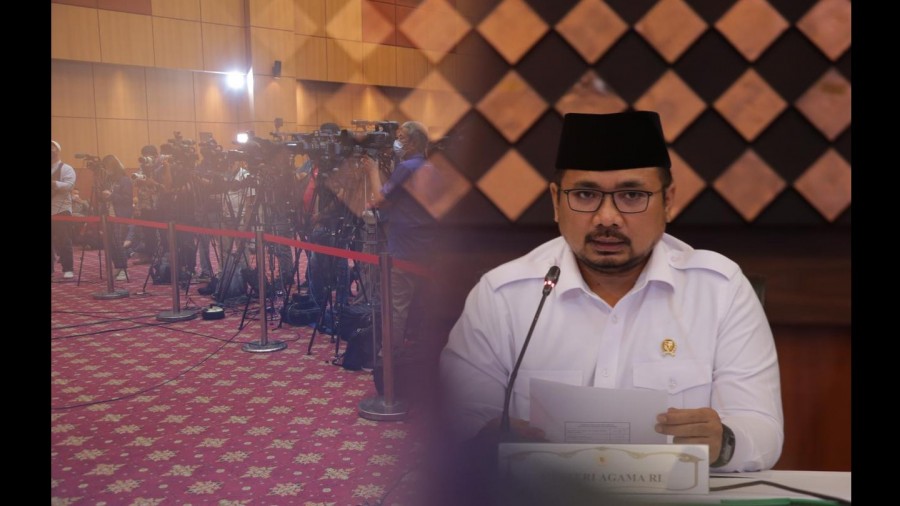 The Government has once again canceled hajj pilgrimage (annual Muslim pilgrimage to Mecca) for Indonesian pilgrims this year over concerns of the COVID-19 pandemic.

According to Indonesian Minister of Religious Affairs Yaqut Cholil Qoumas, the move is taken for the sake of the health and safety of the pilgrims.

“Because the pandemic is not over yet and for the safety of the pilgrims, the Government has decided that this year we will once again cancel the departure of Indonesian hajj pilgrims. Today I issued Decree of Minister of Religious Affairs Number 660 of 2021 on Cancellation of Hajj Pilgrim Departure for 1442 Hijri / 2021 Hajj Pilgrimage,” the Minister said in a press statement via teleconference, Thursday (03/06).

The decision, he added, was reached following an in-depth study and Ministry of Religious Affairs also discussed the matter in a working meeting with the Commission VIII of the House of Representatives overseeing social affairs, Wednesday (02/06).

In response to the decision, the Commission VIII expressed appreciation to the Government as the decision takes into account the safety of hajj pilgrims, technical aspects in the preparation, and the policy made by the Saudi Arabian Government.

“Commission VIII of the House of Representatives and Ministry of Religious Affairs, along with other stakeholders, will synergize to disseminate and conduct good and massive public communication of the policy on 1442 Hijri / 2021 hajj pilgrimage,” the Minister said, adding that his Ministry also involved a number of stakeholders in conducting the study for the decision, including Ministry of Health, Ministry of Foreign Affairs, Ministry of Transportation, and other related agencies.

“Last night, we also convened an online meeting with the Indonesian Ulema Council and Islamic mass organizations to discuss the policy. Thank God, we have understood that amid the pandemic, the safety of the pilgrims must come first. Islamic mass organizations will also take part in disseminating this policy for the good of hajj pilgrims,” he said.

Besides health, safety, and security factors, the Saudi Arabian Government, Yaqut added, has not yet invited Indonesia to discuss and sign a Memorandum of Understanding (MoU) on 1442 H/2021 Hajj Pilgrimage Preparation.

“Not only Indonesia but all countries, so no country has been given quota as there has been no signing of MoU,” he asserted.

Likewise, the Minister added that preparation of services in Saudi Arabia, from accommodation, food, transportation, to schemes of health protocols for hajj, cannot be finalized yet as there is still no certainty on the quota.

“All of those are usually regulated and agreed in an MoU between the country that sends hajj pilgrims and Saudi Arabia. The MoU on 1442 H / 2021 hajj pilgrimage preparation has still not been made although if we were given five percent of the normal quota, it would take no fewer than 45 days to prepare,” he said.

Yaqut also expressed sympathy to all hajj pilgrims affected by the COVID-19 pandemic this year. To ease access for public information, he said, besides using Siskohat (Integrated Hajj Information and Computerization System), Ministry of Religious Affairs has prepared a communication post at Directorate General of Hajj and Umrah Pilgrimage and a WhatsApp Center that is going to be released shortly.

The Minister closed his press statement by stressing that the cancellation of hajj pilgrimage applies to all Indonesian citizens, including those in other countries. Both regular and special hajj pilgrims who have settled the payment for 1441 H/2020 departure, he added, will depart for 1443 H/2022 hajj pilgrimage.

“Hajj pilgrims can ask for their settled hajj payment to be returned so their money is safe. Hajj fund is safe. Indonesia does not have debts or unpaid bills regarding hajj. The information about unpaid bills is a hoax,” he said.

“This is a bitter decision, but this is the best. I hope COVID-19 is over soon,” he remarked.

For the record, this is the second year the Indonesian Government cancels hajj pilgrimage. Last year, the Government also cancelled the 2020 hajj over coronavirus concerns. (PR of Ministry of Religious Affairs/UN) (DH/EP)

The official website of Ministry of Religious Affairs can be accessed through this link.