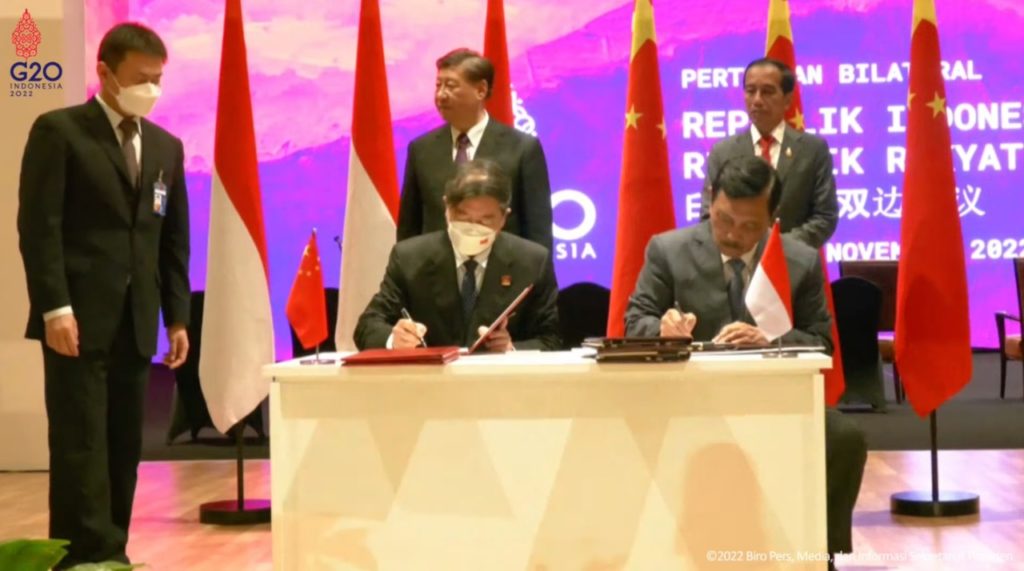 The Governments of Indonesia and China, Wednesday (11/16), signed five cooperation documents at the Apurva Kempinski in Badung regency, Bali province.

The documents were signed during a bilateral meeting between the two countries on the sidelines of G20 Summit in the presence of Indonesian President Joko “Jokowi” Widodo and President of the People’s Republic of China Xi Jinping.

The documents signed are as follows:

On that occasion, President Jokowi expressed hope that the high-speed train is ready to operate in June next year.

The two leaders also discussed the progress of cooperation in other sectors, including healthcare.

In the meantime, President Xi Jinping expressed appreciation for the organization of the series of G20 meetings under the Indonesian Presidency that can boost global economic recovery.

“Let me congratulate Your Excellency for your successful leadership of the G20 Summit,” he remarked. (MAY/UN) (DH/MUR)