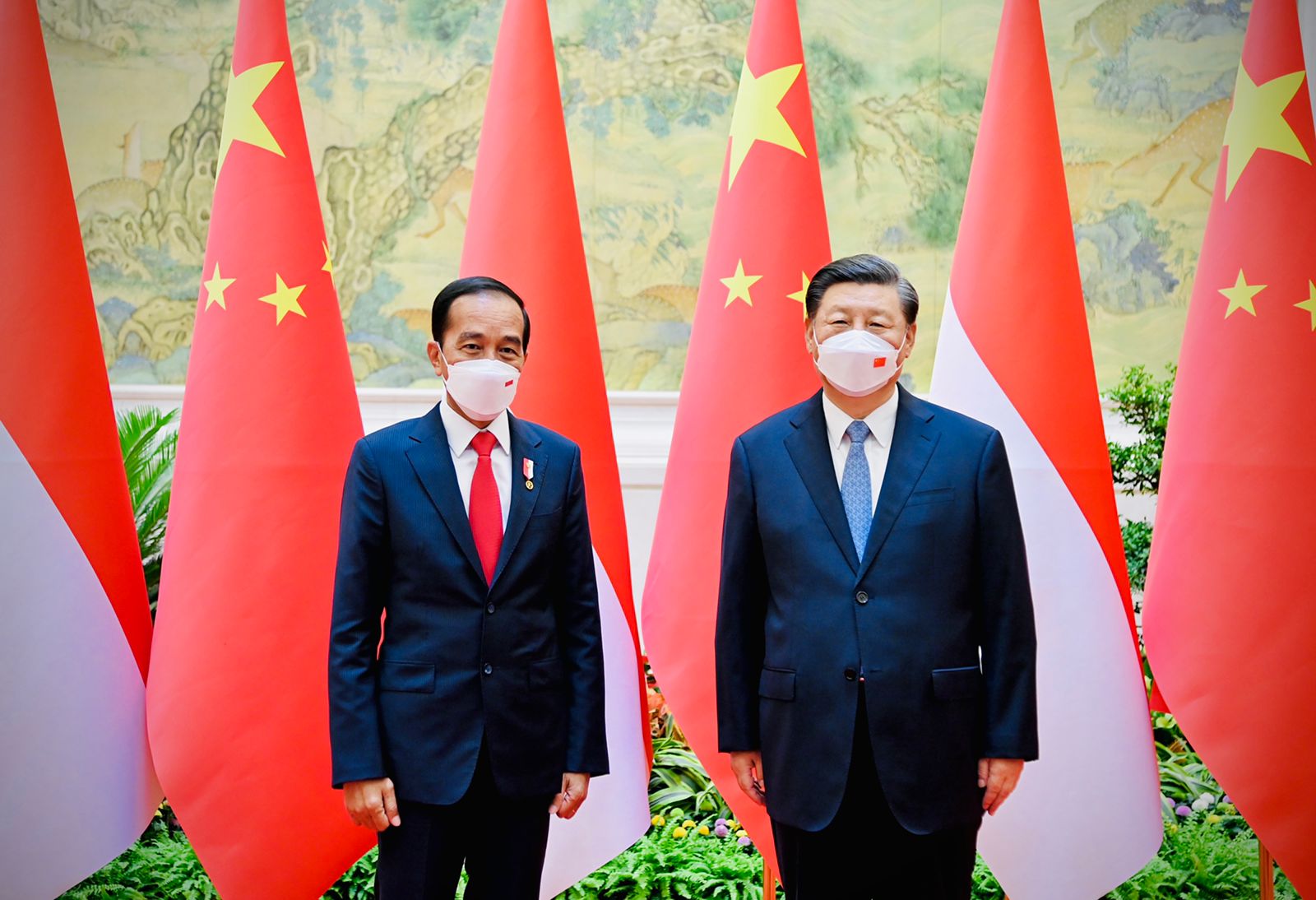 In his introductory remarks, President Xi expressed a warm welcome and pleasure to meet President Jokowi in person.

“His Excellency is the first Head of State whom China hosted after Beijing Winter Olympics. It proves how robust the relations between the two countries,” President Xi said.

President Jokowi also expressed his thanks for the warm welcome he and Indonesian delegates received.

During the meeting, the two leaders conveyed their commitment to strengthen economic cooperation that mutually benefits their countries as well as the region and the world.

“The People’s Republic of China is Indonesia’s comprehensive strategic partner. We must fill that partnership with cooperation that benefits our countries as well as the region and the world,” President Jokowi said.

“As the largest economy in Southeast Asia, Indonesia has an important place for China and the region, especially since Indonesia currently holds the G20 Presidency and will hold the Chairmanship of ASEAN next year,” Indonesian Minister of Foreign Affairs Retno L. P. Marsudi said in her statement following the meeting.

Retno added that the G20 and ASEAN were also discussed during the meeting.

“Indonesia expressed appreciation for China’s support for Indonesia’s G20 Presidency. With regards to ASEAN, Indonesia is committed to making ASEAN relevant not only to Indonesian people but also to the region and the world,” Retno said.

Retno further said that President Xi expressed appreciation for President Jokowi’s effort to restore peace and improve the humanitarian situation through, among others, his visit to the Ukrainian capital Kyiv and Russian capital Moscow.

“This visit according to President Xi shows Indonesia’s responsibility as a big country,” Retno said, adding that the two leaders also discussed about the importance of concrete and mutually beneficial cooperation in the context of Global Development Initiative (GDI).

“If concrete cooperation can be manifested, it is expected that SDG achievements in developing countries can be better,” she said.

According to Retno, China is committed to enhancing green economic cooperation through the development of Green Industrial Park in North Kalimantan province.