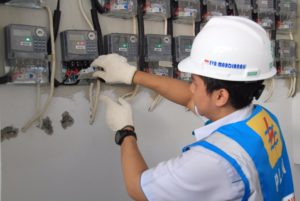 The Government continues to accelerate the realization of equal access to eco-friendly electricity to all layers of society in Indonesia. It could be seen in electrification ratio in the third quarter of 2021 which reached 99.40 percent and a promising growth in ratio of new and renewable energy power plants.

“In the third quarter this year, electrification ratio has increased by 0.3 percent to 99.40 percent. We have set a target to provide electricity to all households throughout Indonesia,” Head of Communications, Public Information Services, and Cooperation of the Ministry of Energy and Mineral Resources, Agung Pribadi, stated as quoted from the Ministry’s official website, Monday (21/11).

For that reason, the Government will increase the capacity of new and renewable energy power plants to 20,923 megawatts by 2030.

“In the past five years, there is an increase in new and renewable energy power plants’ capacity of 1,469 megawatts which showed an average increase of four percent, annually,” he stated.

With that increase, the Government is optimistic that it can achieve the target of new and renewable energy mix of 23 percent by 2025. In addition, the Government will continue making efforts to increase the percentage of green energy set in the long-term electricity procurement plant (RUPTL) of the state-owned electricity company PLN to 51.6 percent. (MINISTRY OF ENERGY AND MINERAL RESOURCES PR/UN) (RAS/MMB)