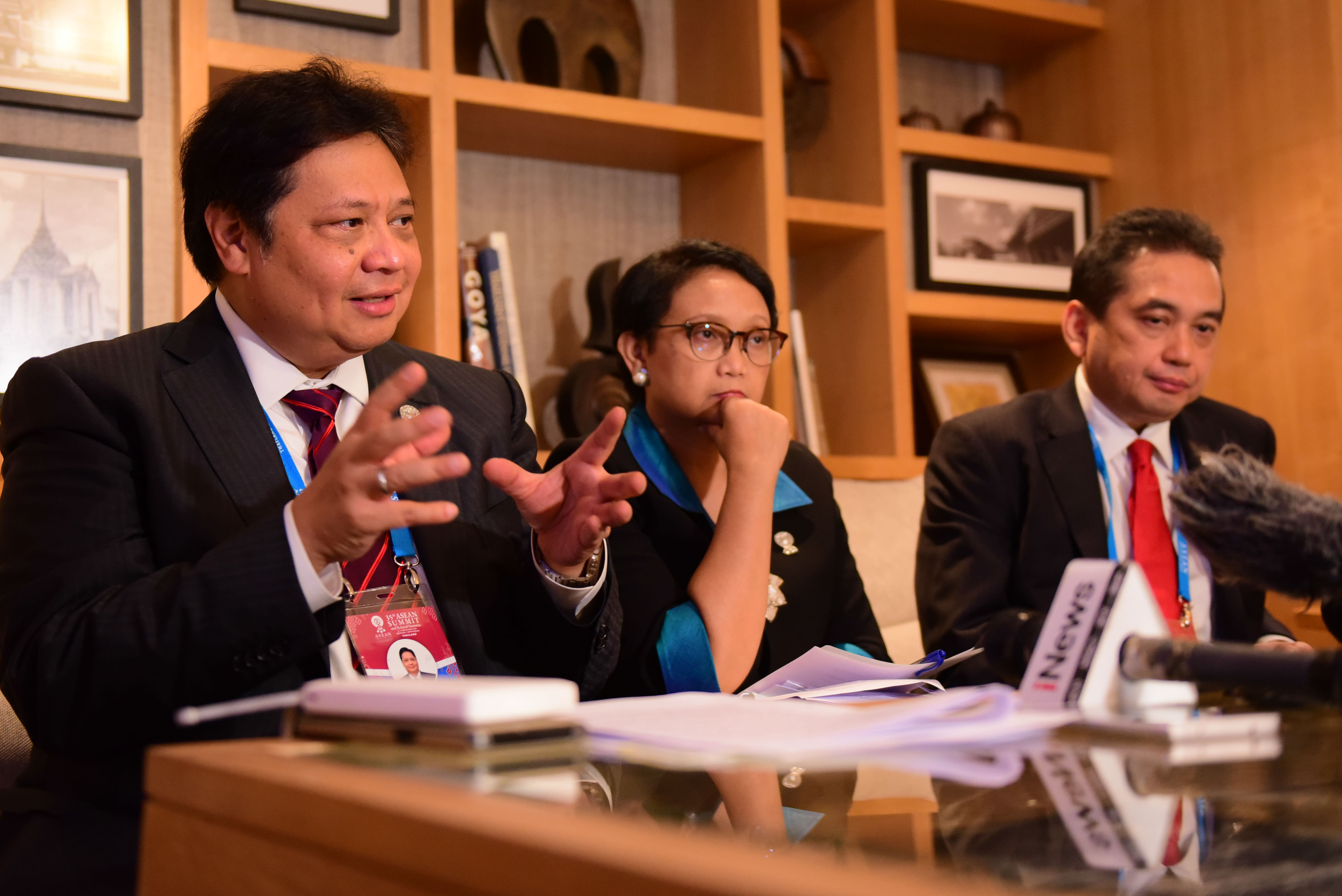 Indonesian Coordinating Minister for Economic Affairs Airlangga Hartarto has said  there are currently critical issues in manifesting the Regional Comprehensive Economic Partnership (RCEP) between the ASEAN countries and partner countries.

“India still has some critical unresolved issues. The issues of service and investment are still being discussed but there is a bright spot,” Airlangga told reporters at the Grand Hyatt Erawan Hotel, Bangkok, Thailand, Saturday (2/11).

Airlangga also expressed hope that the agreement can be implemented although he admitted that this still requires an approach from the agreed countries to India.

In the meantime, Minister of Trade Agus Suparmanto said that the RCEP is currently under negotiation with the aim of expanding the regional value chain in ASEAN countries plus five countries that have agreed on the deal.

“Maybe tomorrow (the deal will reach an agreement),” Agus said, adding that the agreement will be signed next year in Vietnam.

In the meantime, Minister of Foreign Affairs Retno Marsudi said that Indonesia as the RCEP Coordinating Country would continue to take measures so that the negotiations can reach an agreement. “We can make sure that national interests are a reference for Indonesian negotiators,” Retno said. (SLN/RAH/ES)