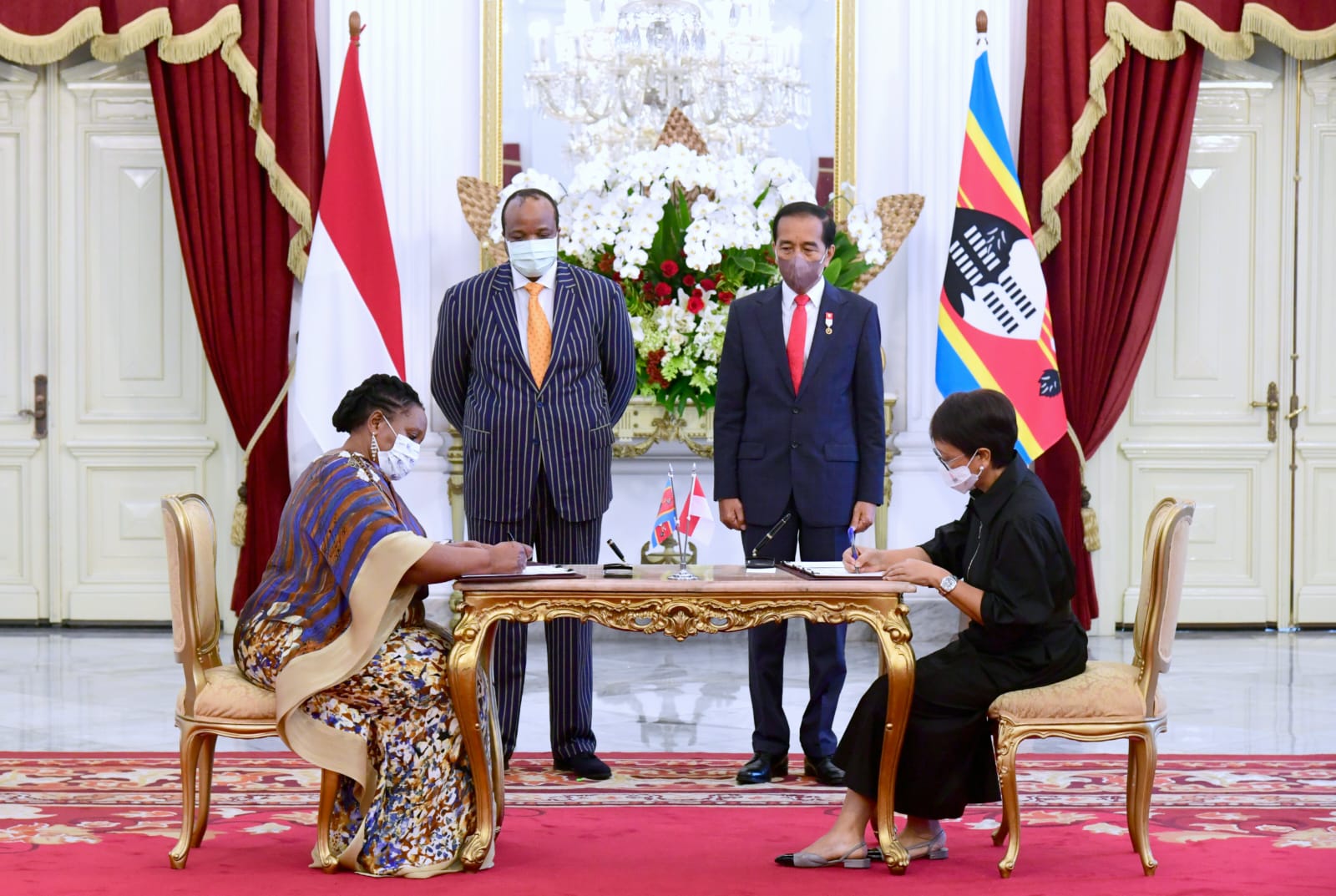 President Joko “Jokowi” Widodo and King of Eswatini King Mswati III Thursday (08/25) witnessed the signing of an MoU to strengthen bilateral partnership between Indonesia and Eswatini.

“The signing of MoU is vital to strengthen partnership between the two countries, especially in economic sectors,” Retno said after signing the MoU.

“At some point in the future, we will continue to hold bilateral meetings to follow up on this issue,” Retno added.

King of Eswatini is also scheduled to hold a meeting with the Indonesian Chamber of Commerce (KADIN) to discuss partnership as a follow-up action after the signing of the MoU. (BPMI of Ministry Presidential Secretariat/UN) (AP/EP)