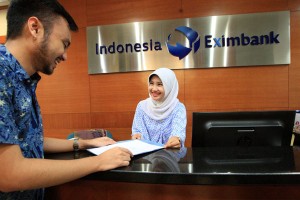 The decision was formalized through the issuance of Government Regulation Number 44 of 2019 on Additional State Capital Injection of the Republic of Indonesia to the Capital of Indonesia Export Financing Institution signed by President Joko Jokowi Widodo on 25 June 2019.

The capital injection is financed by the 2019 State Budget.

The Government Regulation comes into effect on the date of its promulgation on 26 June 2019 by Minister of Law and Human Rights Yasonna H. Laoly. (Pusdatin/ES)