Indonesia Gears Up to be Digital Country by 2035: Communication Minister 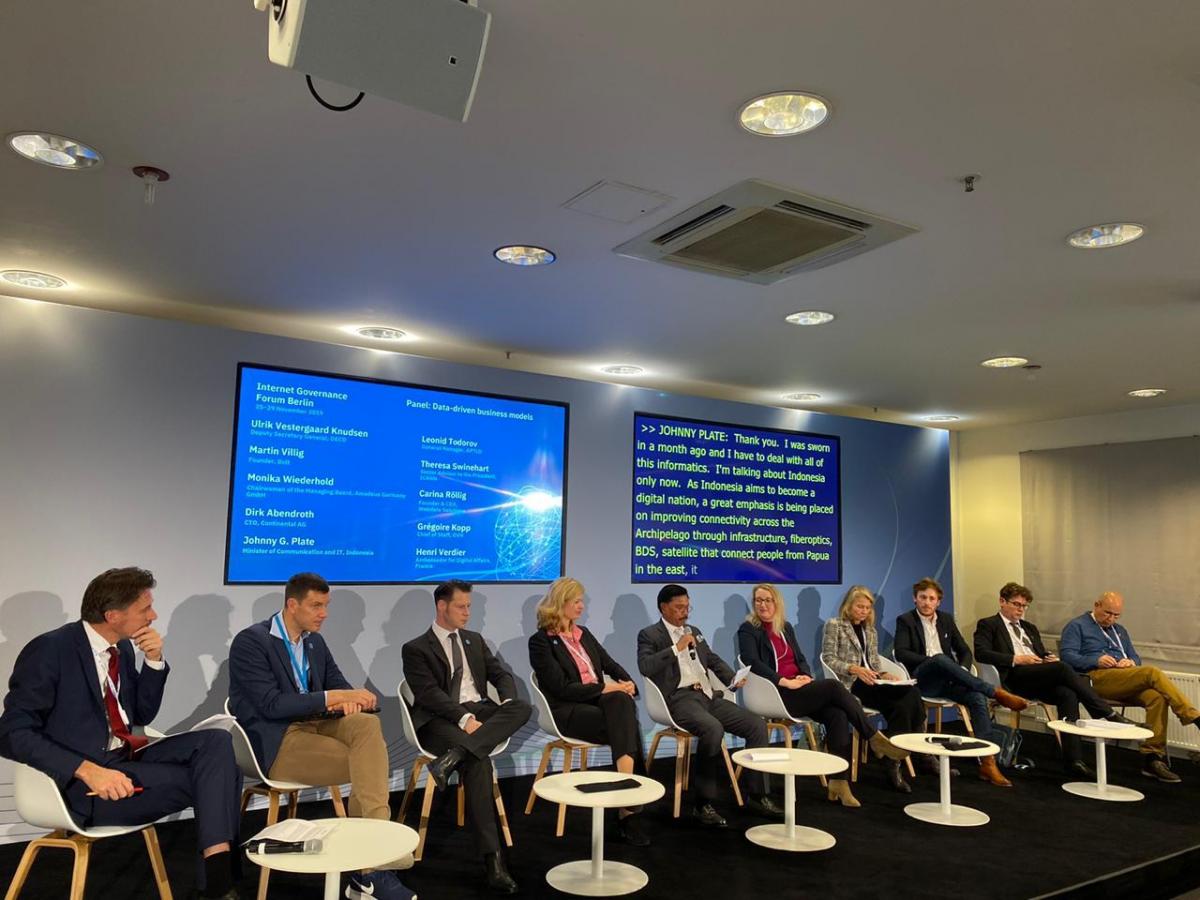 Indonesia is poised to become a digital country by 2035 thanks to massive telecommunications infrastructure development in the past years, Minister of Communication and Information Technology Johnny G. Plate has said.

The statement was made by the Minister on the occasion of Digital Ministers’ Meeting session at the Fourteenth Annual Meeting of the Internet Governance Forum (IGF) in Berlin, Germany, Monday (25/11).

According to the Minister, a host of provinces, regencies, and cities – which are previously underdeveloped – have now benefited from the use of mobile phones and broadband access.

“In 2024, remote areas throughout the archipelago will benefit from high-speed internet at 10 megabits per second. This massive communication and information infrastructure development will make our country ready to become a digital country by 2035,” he said, adding that in carrying out digital transformation, Indonesia is relatively more challenging than other countries due to the country’s natural characteristics and population.

“From geographical aspect, President Joko “Jokowi” Widodo has stressed to develop the country in an Indonesia-centric way, meaning that there will be no more areas or remote areas deemed less important. The President has made infrastructure development a priority. Not only do we build new ports, toll roads, or airports, we also build optical fiber networks, multifunctional satellites, and base transceiver stations (BTS) nationwide,” Johnny said.

The projection to become a digital country, the Minister continued, is also based on consideration that Indonesia has transformed one of the major countries in terms of internet use, particularly in social media, with an internet user base of 150 million people as well as a digital machine in Southeast Asia.

“These programs involve a host of stakeholders and ecosystems, from technology and telecommunications companies, schools, government institutions to local communities,” he said. (Ministry of Communication and Information Technology PR/ES)