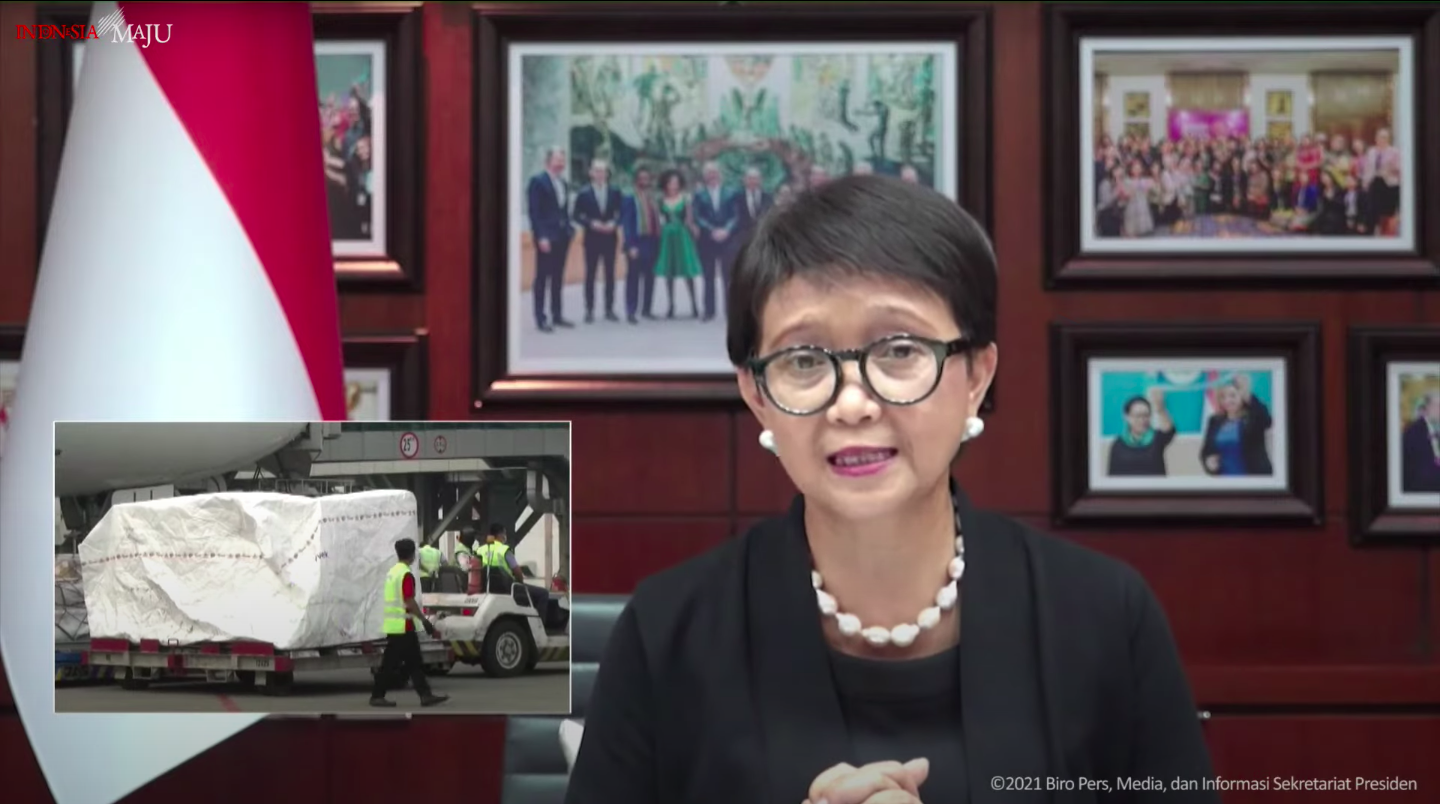 Indonesia on Monday (25/10) received 684,400 doses of AstraZeneca vaccine from the New Zealand Government.

“Indonesia has received another support for dose sharing vaccine cooperation from friendly country through the COVAX Facility multilateral channel. This time it is from the Government of New Zealand totaling 684,400 doses of AstraZeneca vaccine,” said Minister of Foreign Affairs Retno Marsudi in a statement after welcoming the arrival of the vaccine.

According to Retno, explained that this dose sharing collaboration is part of New Zealand’s commitment to support vaccination in the Asia Pacific region, particularly in Indonesia as its majority program.

In addition, she added, the two countries have also carried out a number of other collaborations in the health sector, including improving the quality of COVID-19 tests, increasing public health capacity, and increasing the availability of medical equipment in Indonesia.

“When the number of cases in Indonesia was very high a few months ago, New Zealand sent several medical equipment such as ventilators and rapid test [tools], as well as provided additional support to the Eijkman institution,” she explained.

In a press statement which was also attended by the New Zealand Ambassador to Indonesia, the Foreign Minister also expressed appreciation for the support of the New Zealand Government in handling the pandemic in Indonesia.

In response to that, New Zealand Ambassador Kevin Jeffery Burnett stated that his country would continue to support efforts to tackle the pandemic in Indonesia.

“We will continue to support Indonesia’s efforts in dealing with the pandemic,” Kevin said. (MAY / UN) (EST / EP)