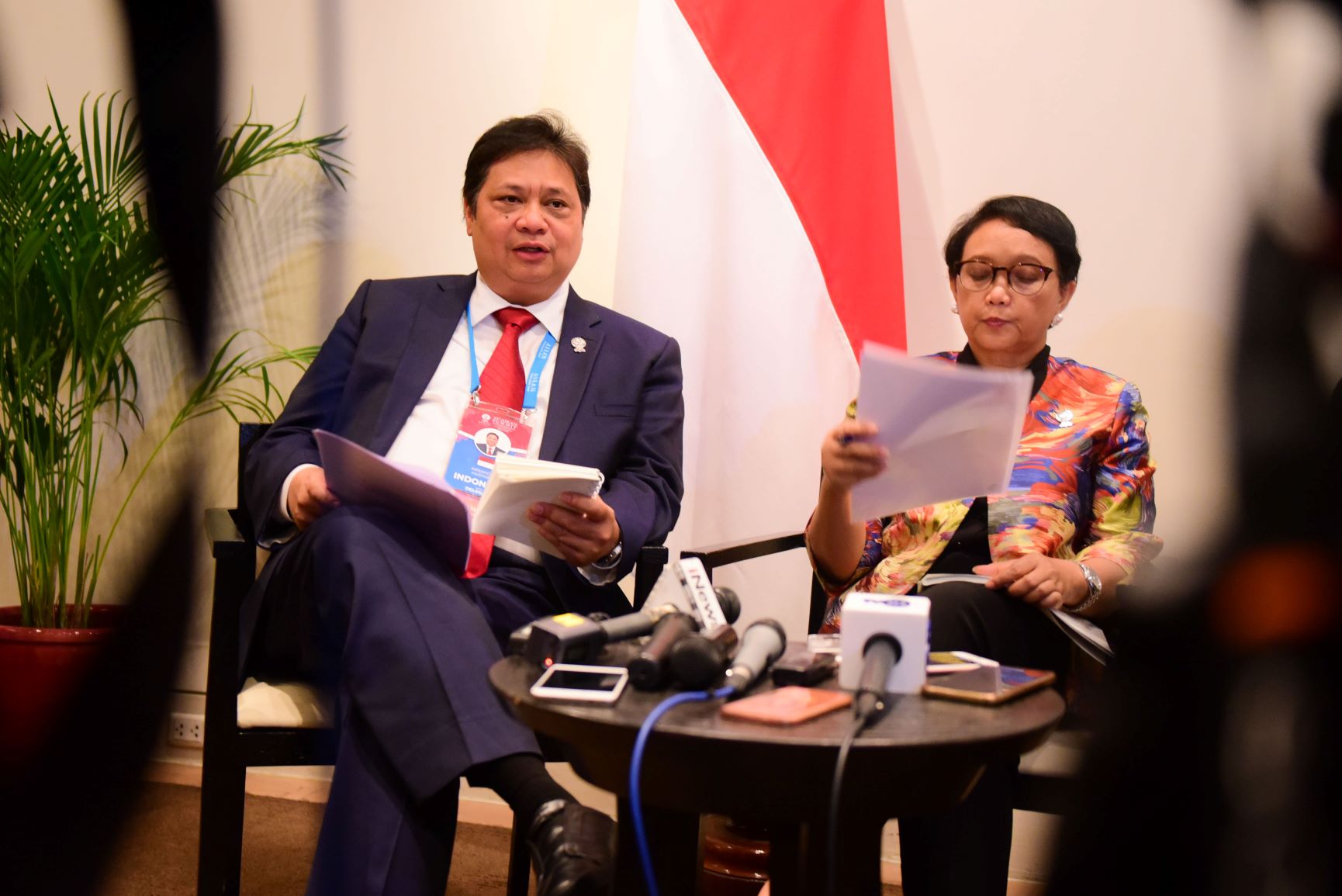 The Indian Government has agreed to the Indonesian Government’s request on palm oil export tariff adjustment.

“We will increase the amount according to the needs. As of today, our trade balance with India shows a positive growth with US$8 billion surplus. The highest was US$10 billion in 2017 with coal and palm oil as main commodities,” Airlangga said.

“The RCEP is the world’s largest trade bloc, even surpassing the European Union. The EU’s GDP is around US$18 trillion, while the TPP (Trans Pacific Partnership) is around US$11 trillion and RCEP will have the biggest GDP with US$27 trillion. In terms of trade, RCEP covers US$11.5 trillion, while EU’s is at US$12.5 trillion and the TPP is at US$5.8 trillion. The RCEP also encompasses nearly half of the world’s population at 3.6 billion people, far bigger than EU and the UN. Thus, the world leaders [at the ASEAN Summit] have pushed for the agreement to be finalized soon,” Airlangga said.

However, Minister of Trade Agus Suparmanto said that India is eager to join the trade agreement since ASEAN is their most important partner. “The discussion on RCEP is still ongoing. I need to discuss it further with ministers of the RCEP member countries,” Agus said. (SLN/RAH/ES)