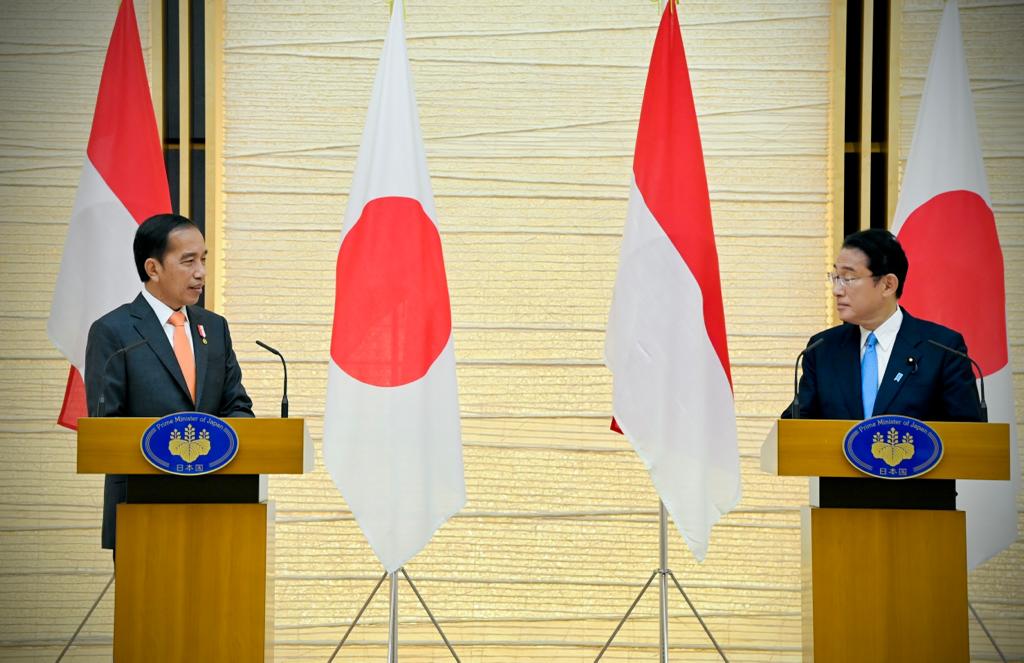 “We have agreed that the arrangement protocol of IJEPA (Indonesia-Japan Economic Partnership Agreement) can be finished and signed at the G20 Summit in Bali, in upcoming November 2022,” President Jokowi said in a joint press statement with Prime Minister Kishida.

Particularly, President Jokowi told Prime Minister Kishida so that Japan can reduce export rate for Indonesian products including tuna, banana, and pineapple, adding that the President also requested the Prime Minister to support opening the market access for mango produce.

On investment sector, President Jokowi expressed his gratitude to Japan for all projects that have finished on time in Indonesia and warmly welcomed other new investments from Japan in the country.

On that occasion, the President invited Japan to invest in other sectors in Indonesia.

“A number of strategic projects that must be immediately done are including Jakarta North-South Phase II and East-West Phase I, Bintuni Bay Industrial Zone in West Papua province, Expansion of the Patimban port and Patimban Access Toll, and we also discussed partnership commitment on the Abadi LNG plant in Masela block of Maluku,” President Jokowi added.

President Jokowi also offered intensive partnership regarding deployment of Indonesian migrant workers to Japan, adding that, he hoped that Japan can give support in preparing skillful workers.

Furthermore, the President expressed his gratitude to Japan for supporting G20 Presidency of Indonesia and being involved in significant efforts to rebuild global economy.

According to President Jokowi, Indonesia and Japan will continue to strengthen partnership in order to seek peace and welfare at regional and global levels, considering next year Indonesia will assume ASEAN Presidency while Japan will assume G7 Presidency.

In a meantime, Prime Minister Kishida said that Indonesia is Japan’s strategic partner.

“The visit of President Jokowi to Japan will serve as momentum to tighten partnership with Indonesia, considering this year will mark the 65th anniversary of Indonesia-Japan diplomatic relations,” he remarked. (BPMI SETPRES/UN) (AP/HD/MUR)