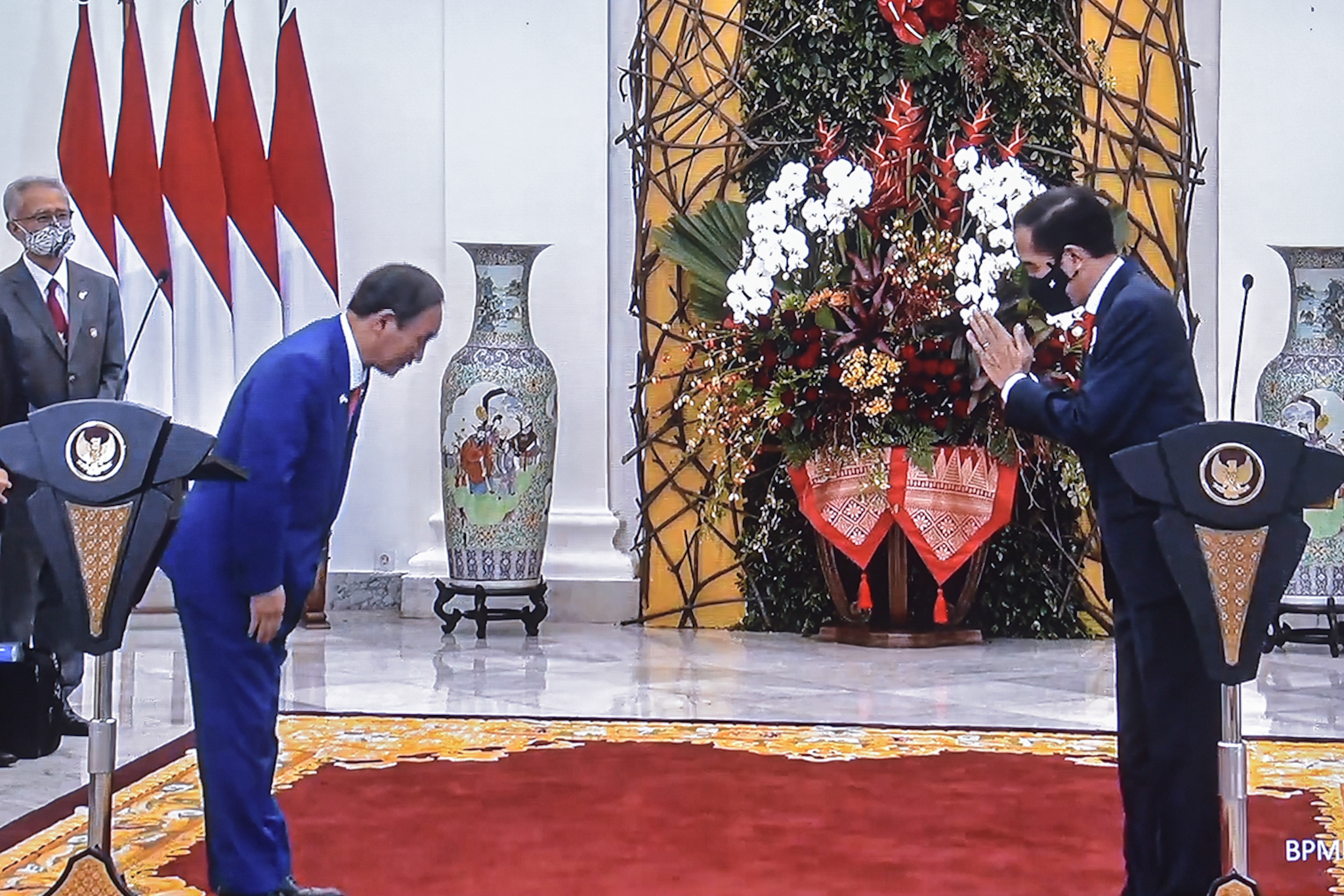 The visit made by the newly inaugurated Japanese Prime Minister stressed the importance of Japan’s relations with Indonesia and the Southeast Asian region, the President said in a joint press statement with his Japanese counterpart after the meeting.

“This (visit) also reflects a shared commitment to continue strengthening strategic partnership between Japan and Indonesia,” he said, adding that the visit also shows the commitment of the two countries to join hands and support each other amid the current global uncertainties.

During the bilateral meeting, he continued, the two countries discussed a number of strategic collaborations, as follows.

First, cooperation in tackling the COVID-19 pandemic. According to President Jokowi, Japan is Indonesia’s important partner in mitigating the pandemic, including during the evacuation of 69 Indonesian citizens crew members of the Diamond Princess ship from the Japanese city of Yokohama.

The President also welcomed the signing of the Memorandum of Health Cooperation between Indonesia and Japan on 19 October.

“PM Suga and I have agreed on the importance of establishing the Travel Corridor Arrangement for essential businesses. We have also agreed to assign foreign ministers of both countries to discuss the details and finalize them within one month,” he said.

Third, efforts to strengthen cooperation in economic sector. Japan is one of Indonesia’s strategic partners in the economic sector, he said, while welcoming the relocation and expansion of investment from Japanese companies to Indonesia, such as Denso, Sagami, Panasonic, Mitsubishi Chemical, and Toyota.

The Head of State also appealed to Japan to pay attention to issues regarding import permits for agricultural, forestry and fishery products from Indonesia and to participate in Indonesia’s Sovereign Wealth Fund.

Fourth, the Indonesia-Japan partnership in strengthening multilateral cooperation. Indonesia stressed the importance to continuously strengthen the spirit of cooperation, particularly amid the increasingly sharp rivalries between the world’s great powers.

“The spirit of inclusive cooperation also needs to be promoted in the context of Indo-Pacific cooperation as reflected in the ASEAN Outlook on the Indo-Pacific. I also hope the South China Sea will continue to remain peaceful and stable,” he said. (FID / UN)